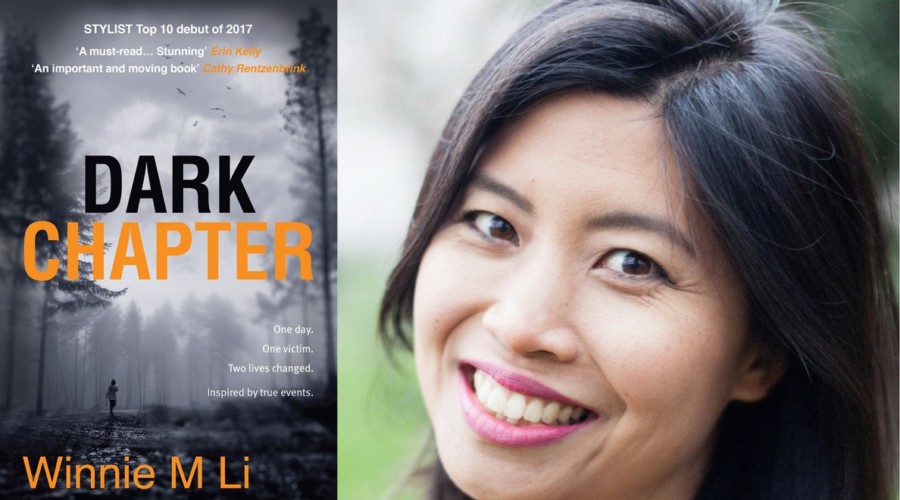 Winnie M Li’s impressive debut novel Dark Chapter takes an unflinching look at rape through the experience of a young American-Taiwanese woman who is brutally attacked by a teenage boy while hiking through the West Belfast countryside. Vivian, a media professional and Harvard graduate, has travelled to Northern Ireland to attend the 10th anniversary of the peace process when a complete stranger destroys her ‘entire world within minutes’.

Li tackles her subject with a wide-angle lens. We see the experience of rape and its aftermath not only through the eyes of Vivian but also from the perspective of her 15-year-old attacker. Li demonstrates great skill at alternating between these two narratives’ voices, weaving their respective biographies from childhood to young adulthood, including moments before the attack, an approach highly effective at building tension and understanding into a well-paced story.

The book might have fallen short were it not for Li’s ability to write from Johnny’s point of view. In his words, we hear about his chaotic and abusive upbringing — a delinquent older brother, beaten by an alcoholic father, separated at a young age from his mother and sisters. Without excusing or lessening our sense of outrage, we gain insight into what could have contributed to his violent, predatory attitude towards women, an important aspect of Li’s storytelling which is testimony to her broad, humane scope.

Li’s account of Vivian’s attack and its aftermath is deeply harrowing, but here again Li’s field of vision remains wide as she reflects more generally on male attitudes towards women, forms of male predatory behaviour as well as the prevalence of sexual attacks against women and girls which are so often minimalised or unreported.

Vivian describes in fearless detail the indignity of the medical examinations following her rape as well as the humiliating cross-examination in court where the defendant’s lawyer tries to discredit her version of events, as if her decision to hike by herself is in itself suspicious. We feel her pain as she asks: “Is this what we have to subject ourselves to get justice.”

Indeed, Vivian’s anger is a positive energy throughout the book including her indignation at the way she is portrayed in the media as a “cowering Chinese girl”. But it is this anger and her refusal to be silenced — accompanied by a compelling, at times lyrical prose style — which makes this book not only highly readable but also incredibly important. Knowing that it was “inspired by true events”, as stated on the front cover, it is also deeply courageous.

Jo Bedingfield is Wasafiri Magazine’s Editorial Manager and has a background in writing, publishing and fundraising.