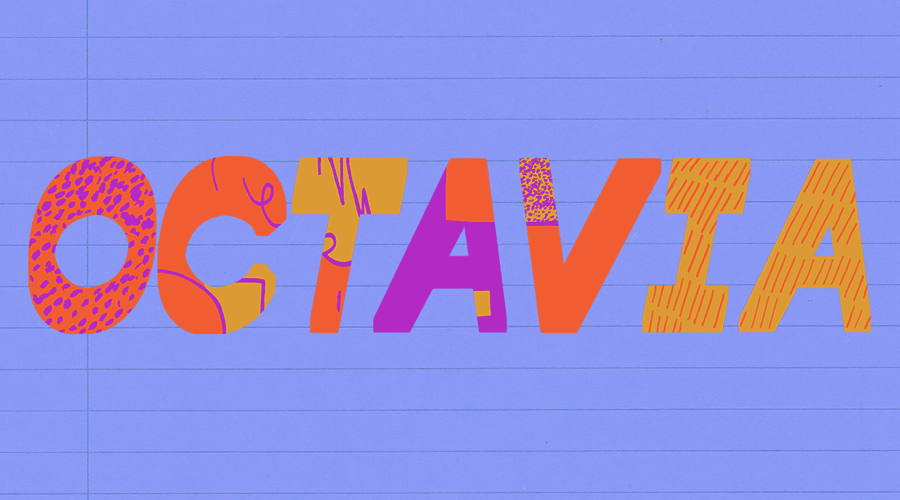 I set up Octavia in 2015. But I did not do it alone. It was not a single idea that arrived to me complete, no lightning bolt. Rather, there had been a long, deep gnawing, a feeling of absence, a missing of something throughout my reading and writing life — but what?

I couldn’t conjure that missing something on my own. Creating − or awakening to − what eventually would become Octavia was made possible by three people.

The first was Jacob Sam–La Rose, who I met on a project for young writers in the summer of 2013. I opened the door (a little flustered, a little late) of The Blue Room of The Albany, in Deptford, to find Jacob at the head of the table, leant back a little in his chair, totally relaxed — but his face all lit up with what he was talking about: poetry.  At the end of that workshop, Jacob asked if I’d be interested in joining Burn After Reading (BAR/BARPo), a community initiative that he’d set up for young poets to collaborate. It took place fortnightly at the Camera Café at the Barbican. In those meetings, Jacob challenged us to imagine poetry in spaces and for people and purposes that hadn’t seemed possible before. It was a total hub. A workshop in the true sense of the word. BAR directly influenced Octavia — in pedagogy and heart. Jacob taught me how to hold space vigilantly and with love, and it was Jacob I went to first with my idea to set up a space like BAR but solely for womxn of colour. He helped in the way he always does — never telling me what to do, or how he would do it, but questioning my idea, helping me test and fortify it through my own agency.

The second person was Elaine Castillo. When I met her in our MA writing class, I knew that this woman had not taken one prisoner in her whole life. It was feedback week. I was already disillusioned by the programme’s reading list. Of the twelve-plus books, two were white women, two were men of colour. There was a scattering of Black writers, but listed overleaf, in the ‘further reading’ section, as if to say (or to say to me): non-essential. I was confused and disappointed. This was my master’s degree. I’d been writing, reading, and saving up for this for years. It was so… not the ‘next level of learning’ I’d banked on. Nor was it the free, radical, creative space for all that was needed.

The work submitted in class was often ‘politely’ racist. Critique was often overruled (politely) because no one else (in the majority white class) ‘felt that way’.  The piece offered that week was racist, specifically in that ex-journo ‘finding themselves in South America’ way — describing ‘the locals’ darkly, a metaphoric threat, en masse and nameless. We went around the table, each giving our comments. I chose not to comment aloud on what I’d written. Maybe I didn’t want the writer to feel uncomfortable. Most likely I didn’t want to feel uncomfortable trying to articulate, academically, politely, how, where, and why their work about a bright, revelatory holiday in San Carlos made me feel like I was suffocating.

We started going for coffee after class. Or wine when the classes were particularly painful. We talked, a lot. Our MA class took place in the afternoon, but each week we found ourselves running for the last train home. Those conversations were balm, they were healing, they were radicalising; they were like writing. Both Elaine and I felt, and knew, how much we – and others – needed a space like Octavia — where we could talk as womxn of colour and as writers. To say Elaine inspired the collective is an understatement. She gave me the language for it, even the name for it. Because of Elaine I read and fell in love with the truly imaginative works of Octavia Butler. Our friendship made me feel safe, strong and more fearless. Fearless enough to attempt to carve out a space for other womxn to have what we had: a communion, a community that meant growth — in our writing and within ourselves.

So, after testing my idea with Jacob, and in constant conversation with Elaine, I made a list of the womxn I wanted to invite to be part of ‘a space where we can read, write and discuss poetry, whilst snacking’. That was it. All we required. And with it came freedom from the impediments so prevalent in almost every other writing space — the racist writing, the shutting down of critique, the explaining, the italicising and translating of speech and experiences not ‘foreign’ to you. So much could, with relief, be left unsaid, unfeared, when it was ‘just us’.  We all knew too well what that classroom violence felt like. The Black womxn and womxn of colour of BAR were on that list, as were a few other young womxn I’d met through poetry events and workshops. The womxn were all similar in age and all living in London. If I was to make that list now, I’d make sure it more expansive in terms of age, location and experience, but I was young and the list was one of my peers, the womxn immediately around me. There were twenty womxn on it. But before I could invite any of them to meet, I needed a space.

So we come to the third essential person in Octavia’s beginning. I’d worked with Bea Colley on a young poet-producer project some years back. She was (and is) the literature programmer at the Southbank Centre, and wonderful at it. I’d made a list of possible venues where I could imagine this new group of womxn meeting, but I knew the space had to feel safe and special. I wanted an arts institution rather than the basement of a café because I wanted what we were going to do to be part of a larger cultural context; for us all to walk into a major cultural site in the UK and for it to feel like home. So I sent Bea an email outlining the blueprint for Octavia and asking whether she’d consider offering us a space.

I met with Bea on a blisteringly hot day in 2015, on the terrace of the Southbank Centre. It was so hot we could barely speak. I went to that meeting anxious that she, a white woman, would say no, or ask why, or, why not all women? But she didn’t. I told her what I wanted to do, and Bea simply said she thought it was a brilliant and exciting idea, and said, ‘you have a space here.’ A private space. Just us. At the Southbank Centre, with floor-to-ceiling views over London, in kind.

That same evening, I emailed all the womxn on my list. And the rest, as they say, is … bloody hard work. And an absolute blessing. Each time we meet is special, whether it’s only five members dissecting one poem for two hours (because everyone else is at AfroNation), or whether we’re reading to a huge crowd at Latitude before running off to watch Solange. We, Octavia, have achieved so much together.
To Jacob, Elaine, and Bea, my ever thanks. 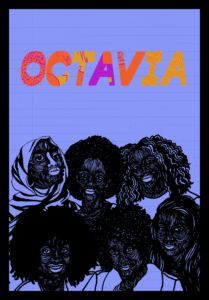 Octavia Poetry Collective for Womxn of Colour was founded in 2015 by Rachel Long in response to the lack of inclusion in UK poetry and the academy. It has gone on to foster some of the most talented poets in Britain. Based at the Southbank Centre in London, the collective has read at venues from Tate Modern to Latitude Festival, led workshops at The Poetry School and The Serpentine Galleries, and been featured in The Guardian and on the BBC’s World Service.

Rachel Long is a poet and founder of Octavia – Poetry Collective for Womxn of Colour, which is housed at The Southbank Centre, in London. Rachel’s poetry and prose have been published widely, most recently in Mal, Granta and The Poetry Review. Her debut collection of poems, My Darling from the Lions, was published by Picador in August 2020. Order your copy here.

A full version of this article – ‘Stop Finding Dimensions to Silence’: Selections and Reflections from Octavia Poetry Collective – originally appears in Wasafiri 105, which you can purchase here.

You may also like: Wasafiri Wonders with Rachel Long