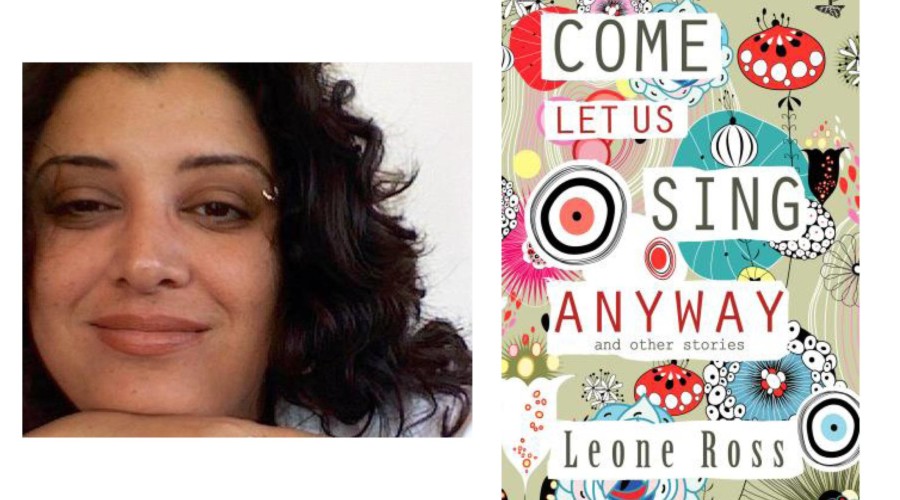 Having been shortlisted for the Orange Prize for her novels All the Blood Is Red and Orange Laughter, critically acclaimed author and lecturer Leone Ross returns with Come Let Us Sing Anyway, a raucous, vibrant collection of short stories that rattles along, genre hopping with chameleon-like gusto. Ross’s rollercoaster imagination means you should prepare yourself for a wild ride. It rarely fails to deliver on that front. Collected over fifteen years, these delicious tales range from psychological drama, to flash fiction, erotica, magic realism to horror. Varied, candid slices of life, they reveal an assured writer operating at the heights of her abilities. In ‘Breakfast Time’, the character Tina is in hospital for an operation to reduce her weight.

“You are quite beautiful, you know. And onstage…Yes”

What they mean is fat and what they mean is that they cannot forget the fat and what they mean is that they enjoyed her despite the fat. Tina, on nil by mouth, appears very much in control at the beginning. Ross expertly takes the seemingly safe space of a hospital, turning it on its head, till the setting becomes almost hyper-real, the assortment of brief but memorable characters cleverly drawn, and Tina, reduced to a state of paranoia unable to eat, the objects around her; cutlery and fruit in conversation with each other. Ross blends the real and the fantastical with ease.

In the brief but delightful ‘Pals’, two headless schoolgirls discuss the pros of not having heads. Your collarbones are shiny said Alison and your shoulders are nice and strong and instead of shaking your head you shake your hips plus you’ve got better tits than me so you’ll be fine really? A funny, postcard snapshot on the anxieties of teenage girls, the piece takes the language of girls, inventively skewing ideals and expectations of beauty, and the ways we connect with each other as human beings.

The story hurtles us back into the warm, nostalgic uncertainty of teenage hood. It’s simultaneously past and present; a nod to the insecurities, the already mounting pressures and expectations on young women to fit western body images but also a reassessment of those false ideals created by advertisers in a capitalist society. It encourages agency, a sense that we can reconfigure how we celebrate ourselves as young girls. ‘Velvet Man’ presents a woman who has a series of adventures with a ghostly, other worldly, seductive stranger. Here we’re encouraged to take our time to savour those small moments of happiness. The protagonist; a restrained, tempered, pragmatic woman willingly succumbs to the pleasures the velvet man offers her. As the day draws to a close, she panics about the cost of her seduction.

What was the price of this day, of the diamond bracelet on her wrist, its sharp brilliance cutting through the evening gloom? The piece culminates in her apartment, a place of disarray and decay. We see the full extent of her loneliness. Her quiet, aching despair is revealed. It’s a hopeful, revelatory piece, sneakily wrong footing the reader with its leisurely, steady pace. In ‘Drag’, we’re presented with a bawdy, unbridled unpicking of gender identities and the headiness of sexual exploration, of a woman fighting against her femininity, who wants her frame transformed into the abandonment, the hedonistic urgency ‘of a man’s body’ with her new lover, Michael. Cue the hilarious, sensual scenes of sexual escapades in public places; the gaming, the doubling, the duplicity of having clueless, unsuspecting bystanders drawn in. Rather dully, some writers often shy away from sex in literary fiction. Leone Ross does sex tongue firmly lodged in cheek and no doubt with a mischievous twinkle in her eyes. More importantly, with this tale she depicts a woman of colour as a complicated, sexually liberated, multi-dimensional being. Brava!

There’s something for everybody in this jam packed collection. There are shifts in sensibility, the stories are wide ranging, told with real verve underpinned by a frankness and flair from an eagled eyed writer adept at getting to the heart of a story,

A great collection, not just singing, a soprano-like meditation from a conjurer who takes the world as we know it, then shows you something gleaming tucked inside it.

Irenosen Okojie is a writer and Arts Project Manager. Her debut novel, Butterfly Fish won a prestigious Betty Trask Award. She was selected by Ben Okri as an exciting talent. Her writing has been featured in The Guardian, The Observer, The Huffington Post amongst other publications. Her short fiction has been published internationally including Salt’s Best British Short Stories, Kwani and The Year’s Best Weird Fiction anthologies. Her short story collection, Speak Gigantular was shortlisted for several awards including the Edgehill Short Story Prize and the Jhalak Prize.