Call of Duty by James Bradley 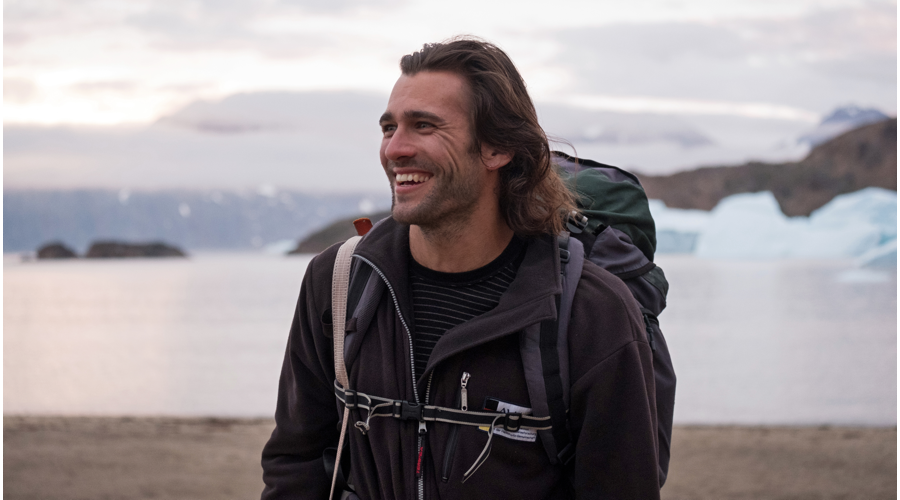 By Wasafiri Editor on March 23, 2021 in Articles, Global Dispatches

Dr. James Bradley – an Environmental Scientist at Queen Mary, University of London – reflects on the climate crisis and responds to Robbie Arnott’s ‘Warmer Waters’—published as part of the Queen Mary Wasafiri Global Dispatches initiative, an essay series of exchanges and conversations between creative writers and academics.

Our world is unquestionably warming. Even if carbon dioxide emissions were to start declining by 2050, London, at 51°N, will feel like Barcelona. Heatwaves will be more intense and more severe. Widespread droughts and food insecurity may become prevalent. Access to freshwater might be threatened. Saltwater, on the other hand, may become too prevalent, as rising seas inundating low-lying regions including the capital city, the south east, and the midlands. Looking northwards, beyond the Arctic circle, and amongst the polar ice caps, warming will be more severe. Earth’s polar regions contain two thirds of the planet’s freshwater, locked up in the form of ice in vast glaciers and ice sheets. If all of this ice were to melt, sea level would rise by over 70 meters. Grievously, these icy regions of the planet are the fastest warming places on Earth.

Returning to the Arctic over recent years, I have noticed open water in fjords that would usually be frozen over with sea ice. I have navigated growing crevasse fields piercing across melting glaciers. I have measured climate-warming gases escaping from soils that for centuries have been frozen, yet are now thawing. I have lived amongst Arctic communities that are increasingly facing new threats directly resulting from climate warming. Infrastructure including housing is sinking into thawing ground. Settlements are becoming increasingly isolated as sea ice is too fragile to cross. Avalanche risks increase as winter rain melts snow and re-freezes, destabilizing the snowpack. Arctic fauna are vulnerable to climate change too. Reindeers starve as they are prevented from grazing on lichens and mosses because of impenetrable layers of re-frozen ice covering the tundra. As sea ice becomes scarcer, polar bears lose their hunting ground. These bears are now turning to the eggs of nesting birds, potentially devastating local bird populations.

Whilst Arctic communities are amongst the first to feel the brunt of the impacts of climate change, the rest of the world waits perilously in the firing line. Warming temperatures will mean that extreme weather events become more frequent and severe. Heatwaves and storms will intensify. Sea level rise threatens megacities such as New York and Shanghai, as well as affecting another 800 million people in low-lying and coastal regions by 2050.

Following the current emissions trends and agreed policies, global temperatures could rise by another two to five degrees centigrade, or perhaps even more, by 2100. Such increases will have far-reaching and devastating impacts on human populations and natural ecosystems, as well as economic and social effects. Climate change is directly threatening lives and is resulting in biodiversity loss on a global scale.

As Robbie Arnott notes in the compelling opening paragraph of his essay, Warmer Waters, the coronavirus pandemic that swept the world in early 2020 somewhat reduced the intensity of some of humanity’s environmentally destructive practices. During the national lockdowns of early 2020, we and other nations stayed at home. Many of us are still at home. Cars have been left idle. The skies are largely empty as airport terminals have all but shut. The dramatic shift in human behaviour was noticed immediately in measurements of human-caused carbon dioxide emissions. Daily global carbon dioxide emissions decreased by 17% in early April 2020, compared to the previous year. At their peak, emissions in individual countries decreased by 26% on average. Whilst nature made somewhat of a short-term rebound, the drop in emissions observed arising from the Covid-19 shutdown is not even close to the magnitude required to see any noticeable onset of global cooling. In fact, it will not be until we reach negative emissions that the world might cool. Moreover, the reduction in emissions arising from Covid-19 was short-lived. The UK’s carbon emissions rebounded significantly following the easing of lockdown measures during the early summer of 2020, and the carbon savings triggered by national lockdowns halved within weeks.

Cape Grim, on the northwest tip of Tasmania, once home to the recently-declared extinct Sympterichthys unipennis, reported more CO₂ accumulation in the atmosphere between January and July 2020 than during the same period in 2017 or 2018. Covid-19 is not our golden ticket out of the climate crisis. Overall, the worldwide impact of the coronavirus pandemic on carbon dioxide emissions for 2020 is expected to be a reduction of just 7%. Such a drop in emissions would place us back on par with 2016 emissions levels – that is, around 35 billion tons of carbon dioxide being emitted per year. Note that 2016 was the year the world came together once again in emergency summit in Paris, to recognise the immediate and serious threat that climate change poses to the future of humanity and agree on strict mitigation measures.

Whilst in lockdown, we have witnessed some frightening impacts of climate change unfolding across the world. As Robbie Arnott writes, the effects of global warming continue unabated as we stay at home. Unprecedented heatwaves swept across the Arctic during the spring and summer of 2020, including record temperatures of 38°C in Siberia, above the Arctic circle. Wildfires, intensified by climate change, devastated south-eastern Australia and the western USa. This follows widespread destruction of wildlife from fires that swept across Tasmania in 2016, as he reports in his essay. The highest-ever monthly level of atmospheric carbon dioxide, 417.2 parts per million, was recorded in May at Hawaii’s Mauna Loa Observatory.

The stand-still caused by the coronavirus pandemic is clearly not our solution to ward off dangerous climate change. As Robbie Arnott notes in his essay, despite civilisation locking down all across the globe, fossil fuel derived carbon continues to spue into the atmosphere. The numbers do not instil hope. In fact, the coronavirus pandemic has also presented us with other environmental challenges. People are being discouraged from using public transport and instead are being told to use private vehicles wherever possible. Workers are being required or encouraged to work from their homes, and energy is being used in a more distributed, less efficient way. Air conditioning is vastly less efficient considering health and safety requirements not to recirculate air due to the increased risk of coronavirus transmission. The coronavirus pandemic has caused an abrupt collapse of global waste management chains, as well as a massive increase in medical and domestic waste, impacting environmental pollution.

The coronavirus pandemic has illuminated what action is possible when countries and world leaders are presented with a crisis. We have seen governments and industry take swift, decisive, action in response to the coronavirus crisis. The level of urgency that coloured national and international responses to the coronavirus pandemic – which included ceasing virtually all every-day activity at any cost, is unprecedented. This response clearly demonstrates that climate change has never been considered a crisis.

If we are to limit warming to 1.5°C or less – the ‘danger line’ agreed in Paris (yet considered by many experts as dangerously unambitious), we require a dramatic reduction in all greenhouse gas emissions. First and foremost, must transition away from fossil fuel use as quickly as possible. There must be widespread adoption of carbon neutrality, and even negative emissions in the form of large-scale removal of carbon dioxide from the atmosphere. Technological developments and changes to our infrastructure will therefore be very important in meeting our ambition to prevent catastrophic climate change. Policy and societal changes are needed too, and thankfully, there are encouraging signs that this is happening. Plans to build additional runways at Heathrow and Bristol airport were scrapped after being ruled illegal by U.K. courts on the basis that the projects did not adequately take into consideration the country’s climate commitments. Large-scale problems are in fact within the grasp of individuals. The actions of individuals are important contributions to the climate movement. Individuals are the basis of social groups, which can be incredibly powerful as a collective in enacting change.

Future climate change predictions are shrouded in uncertainty, largely because the future depends on the actions we take now. This clearly leaves us with an opportunity to do all we can now, to ensure the future safety of our planet and our communities. Climate change is not a binary challenge, in which either the world wins, or the world loses. It is a complex and gradational issue, where every achievement that limits warming saves lives, and every failure costs lives. The urgency of action that Robbie Arnott calls for is sorely needed. We must do all we can, as soon as we can, to prevent further catastrophic damage to our planet.

James Bradley is an Environmental Scientist whose research interests are in understanding the co-evolution of life and Earth, including processes that are driven by the activity of microorganisms – such as the fluxes of carbon between the atmosphere and other components of the Earth system. He studies life in some of most extreme environments on Earth including the glaciers and ice sheets of the Arctic and Antarctic, and how these environments are changing in response to global climate change.