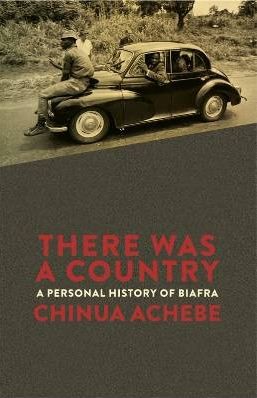 By Gabriel Gbadamosi on January 17, 2015 in Articles

There is a time in one’s life for memoirs – for looking back, putting the story straight, opening up the prison of the past, letting things go. So much to do while the present is idling, the end beckons and the future (still so unreadable) might still be influenced by what can be learnt from lives come through war, hope, imprisonment and exile in half-glimpsed, drowning struggles for a freedom that still hangs in the balance. I had begun to write on Ngũgĩ wa Thiong’o and Chinua Achebe’s recent memoirs when I learnt that Achebe had passed away. At which point, the tone and meaning of both books and how I could speak of them changed. Writers who had always been there, through and after anti-colonial struggles, independence and postcolonial disappointment, were leaving.

Achebe’s first novel, Things Fall Apart, is a high-water mark for me, the book I am always trying to rewrite, anchored as it is in a poem by my other countryman, the Irish writer Yeats, a precursor in the difficult transition from British occupation. That poem, ‘The Second Coming’, also speaks of doubt and disintegration, a theme Achebe returns to in his final book; it characterises the uncertain voices of change as being ‘full of passionate intensity’ or, at best, lacking all conviction; the future is not clear but its harbinger is an image of foreboding. Achebe’s voice, throughout his work, is a steadying, reflective, often visionary one. Able to reconcile himself to doubt, and indeed defeat, he drew on both Igbo and biblical proverbs, exploiting what he felt as a creative tension between them, part of a deliberate intertextual strategy to see things from all sides. He does so again towards the end of his memoir, to remind a deficient African political leadership that ‘where there is no vision the people perish’ (Proverbs 29:18; 257–8).

I feel as a writer unready to be orphaned. Fathers of a decolonising African literature, Achebe and Ngũgĩ have between them been carrying a weight that feels too heavy to bear. The moral obligation spoken of by Achebe in that section of his memoir entitled ‘The Role of the Writer in Africa’ – to put before the world the African story in an African voice – is something I had not felt in quite the same way from my fragment of the African diaspora in London. Ngũgĩ and Achebe could do all that heavy lifting for us. We were free because they were not. They suffered, we learnt. They mapped the whole experience of a sometimes terrible coming to being – the blood-drowned ceremonies of innocence – which marked and indeed scarred freedom from the British; we had only to learn the lessons, write the postscripts and move on.

Now it is Achebe who has moved on, with Ngũgĩ thankfully still very much alive. To speak of that precursor generation of African writers, whether in sorrow or celebration, is to recognise in their memoirs a form of consolation – not so much a looking back at one’s own past in a mirror, as handing on an ability to bear witness by having done so. Ngũgĩ wa Thiong’o’s memoir, In the House of the Interpreter, opens at the gates of the Alliance High School in Kenya for four years of a British education and closes on board the train taking him on to university in Uganda. His focus is those four formative years (1955–59) in his own life amidst the tumult of a racialised power struggle in Kenya, and implicitly promises more to come. Chinua Achebe’s There Was a Country gives an account of his entire life-span, and the corresponding fortunes of Nigeria; his way in the book is longer and more difficult.

Subtitled A Personal History of Biafra, Achebe’s book is in fact a history of the loss of not one but two countries. There was first a Nigeria of ‘hope and progress’, a young country moving towards and achieving independence in an atmosphere for him and his contemporaries of ‘overwhelming excitement about life’s promise’ (2, 40). And then there was a second country, Biafra, which came into being as a refuge and rebirth for his people, the Igbos, who were being pushed out in a wave of genocidal violence. Recoiling from mob violence in a Nigeria misled, as he sees it, by a corrupt and inept political class unable to resolve its own conflicts, his initial shock and slow realisation of the new situation is recorded in the words ‘we, the Nigerian people, were not what we had thought we were’ (87). Having embraced the reality of Biafra and its unilaterally declared secession from the Republic of Nigeria on 30 May 1967, Achebe celebrates his sense that ‘something had happened to the psyche of an entire people’: the Biafrans (171). In one way what happened was a rebirth of what he sees as intrinsic to the self-confident, self-reliant, egalitarian, democratic spirit of the Igbo people, characterised by pragmatism, cooperative individualism and ingenuity. In another, it was a fusion of ‘the good ideas of the West’ with ‘traditional values’ in its resourcefulness and political outlook (146). It was, as Achebe recalls, for ‘most of us within Biafra’, a brief glimpse of genuine African decolonisation and independence, ‘a dream that had become a reality’ (143). Exposure to the horrors of defeat in Biafra’s war for survival, and after that the re-imposition of a Nigeria in which he could no longer be at ease, complete his account of a personal coming to terms with the aftermath. His tone and purpose in the personal history is to keep the dream of that better country alive by bearing witness to its wrongful interruption: ‘There Was a Country…’.What emerges clearly in his analysis of the present situation is that the tragedy and failure of Biafra continue in the failure of Nigeria as a country. It is worth mentioning that Achebe’s own home was bombed during the war; it must be left to the imagination what papers were lost, what books he might have written. His recourse at the time was to poetry, fragments of which are reproduced in the book, interspersed among chapters like toppled monuments.

In the House of the Interpreter, Ngũgĩ wa Thiong’o’s latest memoir, has photographs scattered through the book, often to chilling effect. The photograph of villagers being herded through the gates of Kamĩrĩthũ home guard post, complete with soldiers, watchtower and barbed wire, forces you to recognise that what Ngũgĩ is saying is graphically true: the concentration camp has come from Europe to Africa; and, fresh from their resistance to Hitler, it is the British who have brought it (37). His narrative opens with a juxtaposition of gates opening for him to enter the ‘sanctuary’ of a privileged, British boarding-school education and a return home to find his village razed to the ground by the ‘hounds’ or dogs of war (8). His family have been removed to the ‘protection’ of the new Kamĩrĩthũ concentration camp village while a counter-insurgency war rages against Mau-Mau guerrillas, one of whom, away in the mountains, is his own brother, Good Wallace (37). The schoolboy, safe in khaki uniform, is given a guided tour of ‘a real Englishman’s house’ together with a naming of parts using new words, such as ‘cutlery’ and ‘parlor’ (19–20). Ngũgĩ rises to the task of narrating the ‘conflicting realities of the school and the new village’ with the steely, ironic voice of his education, as though the genuine splendours of a sound education were being recalled, however tarnished now he finds the silver (74). He puts on sparkling displays of – to my ear – period English: ‘Even the word dorm sounded splendidly safe and cozy’ (8). Meanwhile, outside, his mother is detained, his brother’s wife imprisoned and he himself caught up in mass arrests – it is a Kenya of raids, bombings, public hangings and ‘terror’ (62).

Having established this structure of split realities, Ngũgĩ subtly and steadily narrates the answering development of a double, inner life. He notes his ‘estrangement’ from his family in their attempts to distance and protect him, and admits a recurring experience of ‘melancholy’ at the loss of his old home (48, 38, 54). He observes a sense of ‘dislocation’ from his English education while loving the ‘magic’ of its literature (66). And he experiences the eruption of a ‘spiritual upheaval’ mirroring the external political one: he becomes a committed Christian, and a scout (85). I suspect this is Ngũgĩ enjoying himself as he presents a rueful self-image of how he must have appeared to his schoolteachers: a conformist, obedient, schoolboy scout – loyal, ‘useful and helpful’ (110). Anxious to restate the truthfulness of this conversion of a young African schoolboy, Ngũgĩ rushes to claim of his hikes through the Kenyan landscape that they gave him inspiration to write: ‘The images that would later launch my novel-writing efforts were thus formed on my way to honor Baden-Powell’ (113). What the outer appearance might not have said then, as Ngũgĩ does now, is that he was also – ‘in my heart’ – honouring Dedan Kimathi and other Mau-Mau fighters scouting and living off the land (114).

What Ngũgĩ’s memoir captures is not simply outward conformity and inner rebellion, but inner conformity and inner rebellion. He goes out of his way to give us a portrait of himself and his society being formed, distorted and layered by the tensions and contradictions of a ‘racial state’ in which African politicians were ‘poets, their speeches poetry’, while it is the Shakespeare of his British education informing his grasp of the power struggle (10, 106). As with Achebe, Ngũgĩ too is seeing things from all sides; for such very different writers, it is this they have in common. There is an astonishing moment when two of Ngũgĩ‘s brothers, on opposing sides in the armed stand-off between the British and Mau-Mau, come together to try to get him out of prison – theirs is a ‘brotherly dance of death’ he can only watch helplessly from inside the prison (198). At first I couldn’t be sure it wasn’t an allegory for the violence of recent Kenyan elections. But I conclude that Ngũgĩ must be telling the truth, because the memoir ends with his release from this prison narrative – its liminal space, in which time is slowed, doubts resolved and longings purified. And the key, given him by his mother, which unlocks the prison gates is ‘Truth never dies’ (237).