Bernardine Evaristo on One Day I Will Write About This Place 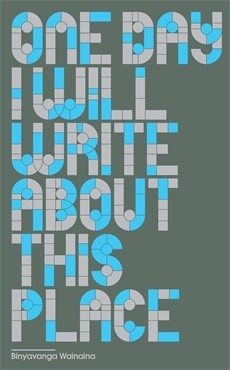 By Bernardine Evaristo on January 17, 2015 in Articles

Binyavanga Wainaina won the Caine Prize for African Fiction in 2002 with his short story ‘Discovering Home’. He resurfaced three years later with his scathing, satirical essay ‘How to Write About Africa’ (Granta, 2005). This contained such directives as, ‘Always use the word “Africa” or “Darkness” or “Safari” in your title’; ‘In your text treat Africa as if it were one country’; ‘Never have a picture of a well-adjusted African on the cover of your book … An AK-47, prominent ribs, naked breasts: use these’; ‘Taboo subjects: ordinary domestic scenes, love between Africans (unless a death is involved), references to African writers or intellectuals, mention of school-going children who are not suffering from yaws of Ebola fever or female genital mutilation.’
For those of us tired of the West’s perpetuation of a sub-Saharan Africa solely defined by war, corruption, despotism, deprivation, criminality and famine, the essay was a witty relief. It heralded a bolshie voice raging against the colonial mentality and racist idiocies that often remain unchallenged today. With the publication of this memoir, his first book, Wainaina continues his project of responding to these reductive perceptions and projections.
One Day I Will Write About This Place deals with the particulars of a middle-class Kenyan boy living an ordinary, middle-class Kenyan life. It is shockingly normal. Wainaina does not end up witnessing his mother being raped, his father beheaded and his childhood stolen by warlords. Instead, the memoir explores the safe world of adolescence in his home town of Nakuru, beginning in 1978, when the author is 7, and taking us through to adulthood. Wainaina is raised in a polyglot society by a Kenyan father who speaks Gikuyu and a Ugandan/Rwandan mother who speaks Kinyarwanda, Luganda and Kiswahili. His parents speak to each other in English. Not surprisingly, he is attuned to the resonances of language from an early age. The foggy years of early childhood are rendered imaginatively, strangely, through his fascination with the ways in which experience can be transmuted through imagery, and the sounds and sensations of words: ‘Thirst … is … a sucking absence, a little mouthing fish out of the water … It is a step below hungering, which comes from a solid body, one that can smell, taste, see, and need colours. Yes!’
The real world is always filtered through this child’s fertile imagination. At his mother’s hairdressing salon,

The hair-dryer spaceman has a grey plastic head. His face is a huge hole gaping at me, and the hole is a flat round net for him to blow hot air. I stick my own head into his helmet and play Six Million Dollar Man.

As soon as he is able, he loses himself in reading books which eventually develops into a love of writing and later an ambition to write books himself.
We learn of his special relationship with his much-admired, clever, younger sister, Ciru; experiences at boarding schools; the day he discovered the family servant, Cleophas, having sex with a woman in his private quarters; and the arrival of the rebellious, larger-than-life nanny, Wambui, aged 15, whose parents are potato farmers but who wants to one day be rich. His flights of fancy cast her as multiple personas such as a ‘Gikuyu Scottish strumpet’; ‘a woman in long skirts from a Barbara Cartland book cover’; Millie Jackson; and a disco queen, her clothes glinting with sequins: ‘Little droplets of disco light are spinning gently around Wambui as she turns.’ In his realm of metaphor and metamorphosis, everything becomes something else.
Snapshots of childhood experiences are set against the backdrop of the wider picture of social and state life in Kenya which takes in tribal nepotism and governmental corruption, but the touch is light-handed, the emphasis on the personal rather than the political. Musings on history and colonialism also prevail and the influence of American culture is omnipresent.
In 1993 Wainana goes to study at the University of Transkei in South Africa and comes unstuck. As Kenya implodes with ethnic clashes, electoral vote-rigging and economic meltdown, and South Africa is enduring civil unrest on the brink of the first universal election that will lead to the end of apartheid, he has his own breakdown. He opts out of university and spends his days shut up in his room, reading:

I have failed to let myself disappear into the patterns of a school where there is no punishment, no bell, no clear timetable, no real shame, for I am not at home, and don’t much care for the approval of the people here.

Very few memoirs or autobiographies by black Africans are published and this one is a radical departure from the usual tragic narratives. One hopes it will open the doors for other such books. We need the full spectrum: from the dramatic-extraordinary to the quotidian-ordinary. Wainana’s personal odyssey is compelling and provides insights into the making of this talented writer; and it certainly bodes well for future books.
–
One Day I Will Write About This Place
Binyavanga Wainaina
Granta, London, 2011, pb
272pp  ISBN 1 8470 8021 9  £15.99
www.grantabooks.com/
—
Bernardine Evaristo’s six books include Blonde Roots, Hello Mum, Lara and The Emperor’s Babe. She co-edited the Wasafiri issue Black Britain: Beyond Definition in 2009 and the poetry collection of ten new black and Asian poets Ten (Bloodaxe 2010). She received an MBE in 2009.
Share this...