Asylum and Refuge by Bidisha 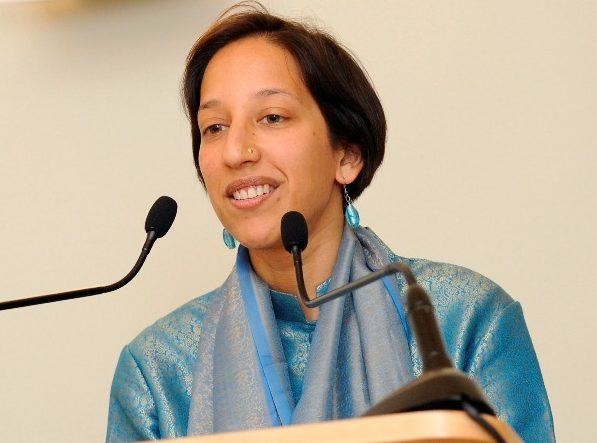 Asylum and Refuge Part One

I began doing outreach work with refugees and asylum seekers three and a half years ago, before what we now refer to as the refugee crisis, the greatest humanitarian emergency of the current era. Then, the women and men I worked with were from Uganda, Cameroon, the Congo, Rwanda, Malawi and many other central and southern African countries, as well as a significant minority who came from Iran, Iraq and Libya. We worked together in the unheated training room of an extremely effective but woefully underfunded major charity whose last two annual reports had warned of a bleak future despite the organisation’s necessary and specialised work.

The government, then the Tory-Lib Dem coalition, had begun implementing severe economic cuts which seemed to punish those who were already in need. They slashed – and continue to slash – funding to vital services which helped those requiring housing, early years family support, legal representation, rape crisis provision, disability assistance, protection from domestic violence, trauma counselling, support after being trafficked and prostituted, access to training, education and employment. It constituted a wholesale attack on the third sector, encompassing social services and innumerable charities, including many which were a vital lifeline for asylum seekers and a flimsy barrier against outright destitution. Those protections are no longer there and everyone in need, not just asylum seekers, is feeling the effects. Since the Conservatives’ victory in the 2015 elections, both the policies and the rhetoric have become even more inhumane and aggressive.

The charity I worked with, and others I’ve visited since, had a unique atmosphere of acceptance and industry. They were places where asylum seekers were believed and helped with a practical and unquestioning immediacy. It’s a very different experience from the brutal Home Office asylum system of denial, detention, disbelief and obfuscation, one which combines physical incarceration and control with the psychological terrorisation: asylum seekers have regular scheduled meetings with the Home Office. The system is designed to wear people down so that they give up. I have met asylum seekers who had been highly regarded political activists (or came from politically active families) who bore the marks of torture on their bodies, who were told they were lying. I have met asylum seekers fleeing utterly endemic male sexual violence, with perpetrators being from the government, rebels, militias and peacekeeping forces alike, who were told they were lying. I have met asylum seekers who were forced to strip to be searched or use the toilet with two guards standing on either side of them. I met a traumatised woman from Eritrea who was told by a detention centre nurse, ‘If you don’t stop crying and carrying on, I’m going to tell them you’re mental and we’re going to lock you up in a mental hospital.’ The sexual and other abuse of women detained at Yarls Wood is now notorious. Cases like these demonstrate the sick cruelty of those in authority who will, for their own sadistic pleasure, abuse those who are clearly in extreme distress. Sadly, these cases and this behaviour are the norm, not the exception. They are actively supported by many governments’ funding, policies and rhetoric.

Recently, there has been an international increase in state-sponsored sadism towards those with nothing who are fleeing everything and willing to risk everything for survival. The collateral damage is these millions of refugees who have witnessed the destruction of stable civil society, political accountability, urban and rural infrastructure including electricity and water lines, access to quality education, healthcare and employment. They have lived with surveillance, detention, torture, sexual violence. They have recognised that there is no future for themselves or their children, so they have packed one bag and left. Instead of culpability, humanity and welcome, they are encountering hostility, militarisation, suspicion and punishment. While some states, like Germany, have taken in asylum seekers with no fuss, others (especially the UK) have made their anti-asylum rhetoric ever louder and more xenophobic, inflaming panic about ‘marauders’ and ‘hordes’ of incomers, talking about putting up security walls and conflating asylum issues with other prejudices against migrants, foreign students, Islam and, ultimately, against the whole idea of multiculturalism. States including Greece and Cyprus have militarised against refugees, using army personnel, tear gas, incarceration in sports stadiums in the burning sun and other inhumane and abusive tactics. Hungary has acted shamelessly, like a racist nightclub bouncer protecting the rest of Europe, closing down its main rail stations and forcibly diverting trains to refugee camps.

To seek asylum is to ask for sanctuary, a haven, a safe place. It’s only the very first stage in regularising one’s existence and creating a new life in a different place. A refrain which I keep hearing amongst the asylum seekers I work with is, ‘I came to you for help and you treat me like a criminal.’

Shouting Down The Facts

In the last two years, as the humanitarian refugee crisis has grown, I have been struck by the perversity of the ‘debate’ on asylum seekers. Rationality has lost out to fear of difference and fear of change. Mainstream political and media messages are out of step with both the facts about asylum and refuge and with asylum seekers’ lived reality.

Seeking asylum is a human right enshrined in international law and the reasons for doing so include war, the breakdown of society, political persecution and torture. Currently, extreme poverty is not a grounds for seeking asylum, although I think it should be made one. Many people in the global south are also fleeing the effects of climate change, whose catastrophic and wide-ranging effects have decimated animal ecosystems, crop growth, waterways and harvests and made rearing animals or planting enough crops to generate a liveable income or ensure a stable existence impossible. The land is now simply too hot or dry, too wet or too flooded or just too unpredictable for anyone to survive. That too is not yet classed as a good reason to become a refugee.

Sometimes I think the accepted reasons for asylum are only those which an elite Westerner can imagine happening to themselves — military action, civil war, political persecution. If climate change is happening to ‘foreign’, different or other people, of another colour, speaking another language, possibly of another religion, in another country, it’s as though it is not real, not serious and not imaginable. The same goes for extreme poverty. Westerners can’t imagine what it’s like not to be able to feed your children, have water or electricity or provide your family with a roof that doesn’t leak or a school room that has blackboards, books and chairs. They negatively class people fleeing such conditions as ‘economic migrants’ as if these people are being greedy, when of course the reality is that nobody takes their children, their savings and one bag and risks death, drowning and detention unless they’re desperate. In a cruel underlying irony, many of the conflicts that asylum seekers are fleeing in southern Africa and the Middle East are due to instability, illegitimate governments, corruption, poverty and dictatorships which were a direct result of colonial (especially British and French) exploitation and meddling a century ago in the wake of the fall of the Ottoman empire. The chickens are coming home to roost and geopolitical karma is having its way; refugees are the collateral damage.

The daily existence of the asylum seekers I do outreach work with is a thousand miles away – a telling phrase – from the narratives so commonly peddled in the more conservative quarters of the media. While some had certainly fled war zones, many had abandoned their home countries decades after conflict. They had experienced the long aftermath of war and witnessed the emergence of fragile states ruled either by dictators propped up by corrupt bureaucracies and untrustworthy police and army hierarchies, or by armed militia, vigilante gangs, local thugs who have assumed power in the wake of a total breakdown of law and order. They had been tortured, raped (and I consider rape to be a kind of torture, including in peacetime) and threatened, and had witnessed such things being done to their own relatives.

In seeking asylum, legally they sought only to be recognised as refugees. At a human level, however, they sought protection, safety and the basic tools to restart life with dignity. That’s all. Asylum is, moreover, a completely distinct issue from migration, where people move – rightly and understandably – for work, for education, to strengthen family ties and to improve their lives. White Westerners do this too, all the time, but when they do so they call it being an expat or an international. A little over a century ago, they did it all over the world, shamelessly, proudly, exploitatively, arrogantly, with a view to taking whatever they could from it in terms of money and labour and land and profits and items to trade; and we call that colonialism.

Europe has failed to do its most basic humanitarian duty in accepting asylum seekers and housing them in places that are safe, dignified and fit for human beings and which do not resemble punitive facilities for convicted criminals. In 2014, the UK government received around 30,000 asylum applications, of which it accepted less than half. More than 85% of refugees have been displaced to developing countries. Even given the current refugee crisis, with people escaping from countries including Syria, sub-Saharan Africa, Afghanistan, Somalia and Eritrea, the overall number of individuals coming to Europe is less than 0.5% of the EU’s total population. These are just a few of the facts, all available on the UNHCR web site and the sites of countless charities like Asylum Aid and the Refugee Council. But nobody seems to care about the facts of asylum and refuge when the hateful, fearful rhetoric is so loud that it drowns out everything, including basic decency. 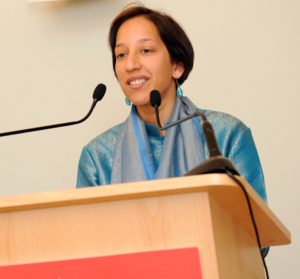 Bidisha is a writer, critic and radio and TV presenter. She specialises in the arts and culture, social issues and international affairs. Her most recent book is Asylum and Exile: Hidden Voices of London, based on her outreach work with asylum seekers and refugees.