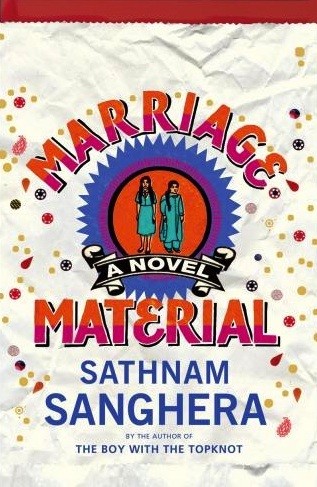 Quintessential English classics have, before now, been adapted and re-shaped to tell diasporic and subcontinental stories, some more skilfully than others. Sathnam Sanghera’s debut novel follows in this vein, contemporising Arnold Bennett’s story of provincial life in The Old Wives’ Tale (1908) to paint a satirical, bleak but always compassionate portrait of Asian Britain.

Bennett’s canonical text may at first appear a leftfield choice but it turns out to be an imaginative – and imaginatively executed – one. Lying within Sanghera’s reimagined story of two sisters – Sikh Punjabis in the Black Country – is also an acerbic state-of-the-nation novel which unravels the hopes and failures of multicultural Britain. Just like Bennett’s protagonists, the lives of Sanghera’s sisters diverge in youth and come together again, movingly, in old age. And just as Bennett’s firebrand, Sophia, escapes to Paris while Constance endures the shallows of the provinces to run the family’s drapery shop, Surinder is the runaway rebel to Kamaljit’s stay-at-home conformist, though both come to reveal an equal, but different, independence of mind.

The story spans three generations of the Bains family who own a corner shop in Wolverhampton. Two interlacing narratives splice the 1960s with the near-present day. In the former, Surinder and Kamaljit’s recently widowed mother navigates the burden of arranging their marriages, while the latter is narrated in first person by Arjan Banga, a 30-something graphic artist, one generation down from the sisters, who reluctantly leaves his urbane existence in London to take care of the corner shop when his father dies. What Arjan finds on his return is a threatening backwater that seethes with the same racial tensions that his grandfather’s generation faced. Racist graffiti is daubed on the shop’s shutters, children run in to hurl racist abuse, and street attacks that are tantamount to ‘Paki bashing’ still take place.

In weaving together the two eras – the sisters’ early lives with Arjan’s present day – Sanghera traces the arc of race relations in Britain over nearly six decades, from the fallout of Enoch Powell’s ‘Rivers of Blood’ speech in 1968 to the London riots of 2011, and in drawing out this arc, Sanghera shows us, depressingly, how little times have changed, at least in pockets of provincial life. Powell may be dead, his Black Country house that the sisters drive past now the only visible reminder of his stance on immigration, but the modern-day moral panic over the same issue, which sounds out across the pages of this novel, doesn’t seem all that different. Arjan’s hometown has transformed but only to reflect the mutually suspicious, divisive entrenchments of ‘white flight’ and Asian ghettos.

Sanghera social satire is topical, trenchant, and hard-hitting. Graffiti is a good barometer for cultural relations: Arjan finds the words ‘TALEBAN PEEDO’ daubed on the shop shutters after a group of Asian men are convicted of grooming white girls in the Midlands. The satire bites both ways, sending up not only the bigotry of the indigenous whites but also their Punjabi counterparts, with their shopkeeper rivalries and caste prejudices. The story’s emotional core lies with Arjan yet even he is mocked for his cultural confusion, his unfailingly understanding fiancée, Freya, and his melting-pot life in London. Reflecting on the safe, certain and smug world he has left behind for Black Country wilderness, Arjan bemoans:

We had got everything we wanted except perhaps the dog in Freya’s case, and, for now, the beautiful inter-racial children I’d imagined, with self-conscious ethnic names like India and Kashmir (‘And maybe, if we had a third child we could call it Bangladesh,’ Freya had added archly, when I confessed to the fantasy).

Sanghera is clearly laughing at him. In fact, Arjan is mocked as vigorously as he mocks his childhood friend, Ranjit, who never left Wolverhampton and who now speaks in hip-hop slang, perennially pumps iron, and plays the field alongside his arranged marriage. No one is spared; Sanghera even takes a swipe at himself when he describes, at the outset, an archetypical Asian trader:

There are few more stereotypical things you can do as an Asian man, few more profound ways of wiping out your character and individuality, short of becoming a doctor, that is. Or fixing computers for a living. Or writing a book about arranged marriage.

This is a book about love, marriage and romantic life choices set within a British Punjabi community, and not about arranged marriage, per se, but the self-referential gibe is a close enough thing, and it endears us to the storyteller. Social commentary is sharp, even if repeated generalisations about Punjabis – self-sacrificing mothers, boastful men, the community’s aversion to solitude – occasionally wear thin. And while the twist at the end manoeuvres clunkily to find its happy ending, these are imperfections in an otherwise engaging and intelligent debut which has garnered much acclaim, including a place on the Costa ‘first novel’ award shortlist.

Sanghera’s The Boy with the Topknot (2008) was an affecting memoir of family life which showed that he could write convincing non-fiction. This novel reveals him to be adept at constructing page-turning fiction too.