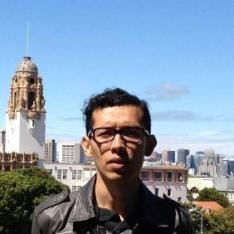 Sergio Téllez-Pon (Mexico City, 1981) is a poet, essayist, literary critic and editor. His work has been published in various publications and newspapers in Mexico and abroad and translated into English, French and Portuguese. He is the author of No recuerdo el amor sino el deseo (Quimera, 2008), which has been translated into English by Don Cellini (Floricanto, 2013). He is also the co-author of Una historia de la cultura gay (Planeta, 2010) and his work has been anthologised in several books in Mexico. He has edited and published several books of translation including Viaje a México (Aldus, 2008) by Paul Marond (translated by Xavier Villaurrutia) among others. He directed the short film Glamour para las exequias (2008) and has presented several programmes on radio and television. The magazine Día Siete selected him as one of the top 100 young Mexican writers with impact.

Jack Little: Where do you find inspiration for your work?

Sergio Téllez-Pon: These are some poets that I admire and read frequently: Homer, Marcial, sor Juana, Quevedo, Kavafis, Pessoa, Neruda, Cernuda, Villaurrutia, Novo, Auden, Eielson, Moro, Szymborska, Gonzalo Rojas, Gil de Biedma, Bohórquez … To read all of these, and surely many others that I have forgotten, inspire me to write my own poetry.

Do you think poetry can be a force for positive societal change?

No, I don’t think so. Like Auden said in his poem in memory of Yeats: ‘Poetry makes nothing happen’. Not even in the society of poetry can it make something happen. Poetry is an intimate pleasure that can only change an individual person (it’s for this reason that militant poetry failed, that is to say, because its aim was to change the masses, it doesn’t correspond to what poetry is). Perhaps to change one person that reads poetry could be a good thing but even that is too much for poetry’s purpose.

To what extent is sexuality a marker of your identity?

A lot. My thoughts and well, my vision of the world is marked by my sexuality and my identity. Various writers have been conscious that they are part of a sexualy minority and this has marked their place within that society (including the literary world of their city or country) as much as in the wider world. This has not changed despite the great advancements and rights that we have gained as a minority in recent years.

To what extent is your homoerotic poetry accepted in mainstream Mexico?

I don’t know, I’m not very aware of what is said about my writing in the Mexican literary community. I sense that it isn’t very much accepted, not for its theme, because well in Mexican literature homoeroticism is very much a part of twentieth century writing, but rather the resources that I use do not correspond with those resources used by the majority of Mexican poets, both of my generation and of those that came before. The great majority of Mexican poetry is tilted towards the resources of language, that is to say, not in language that expresses emotions or feelings, but rather language for the sake of language, like a pyrotechnic show. I don’t follow this trend although of course language is very important for me. It’s because of this that my poetry isn’t very well accepted. Apart from that, I should say that it doesn’t matter to me whether other poets like my work or not: I am interested in the everyday reader.

What does the future hold for you and your writing career?

Honestly, I don’t know because it isn’t something that worries me. Simply, I am dedicated to writing even though much of what I write isn’t published at the moment or is likely to be published in the near future. Maybe if I were to think about the future of my career, this would paralyse me and I wouldn’t be able to write anymore.

If you’re asking what books I plan to publish, I can tell you that they are a lot and that I am writing various, and with various genres at the same time (which is a true chaos) so much so that I don’t know which will be finished first nor which will get published first.