An Extract from ‘What Have I Done?’ and Other Illusions of Control 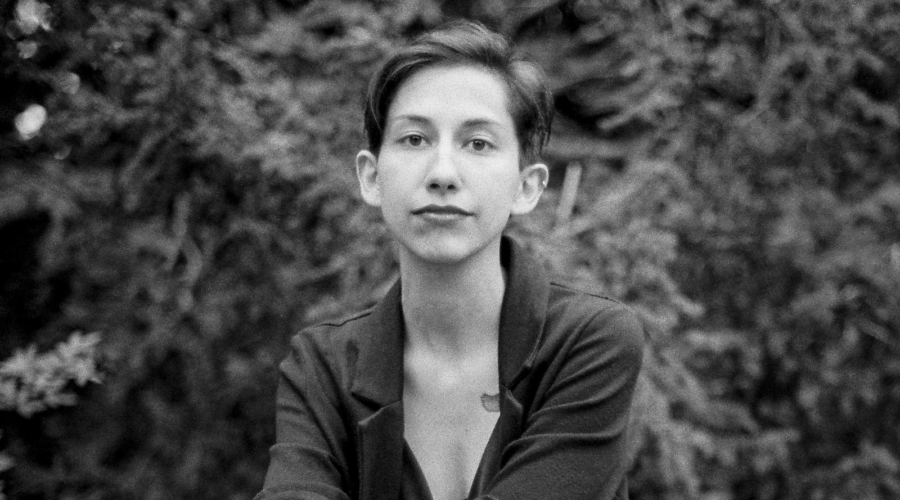 By Wasafiri Editor on September 6, 2021 in Writer in Residence

Jessica Gaitán Johannesson is a Swedish/Colombian writer and climate justice activist based in Edinburgh. Recently appointed Wasafiri‘s new Writer-in-Residence for 2021-22, she facilitates workshops exploring the colonial roots of the climate crisis. Her debut novel How We Are Translated was published by Scribe in February 2021. In this life writing piece published in Wasafiri 107: Crisis/Recovery, Jessica writes with unflinching grace – and unexpected humour – about the intersection between the climate crisis, guilt, shame, and the body. In this extract, she circles back through her memory to the moment when environmental collapse became unbearably real.

I have one or two pictures from the winter of 2006. They’re caged in an external hard-drive, carried around between homes; safe, but out of the way. One of them is a selfie, from before pictures of oneself were called selfies, taken inside a hospital-ward loo. I look fairly stressed — probably waiting for a carer to knock on the door to ask what I was up to. My eyes in the photo are very large and watery, like an ancient deer (anorexia makes you look both older and younger than you really are, I found). The arm holding the camera is a scaffolding without anything to soften it. I remember that, at a certain time, I was able to encircle that arm between the tip of my middle finger and the tip of my thumb, and that this was a great achievement — a mastering of the flesh. A few years ago, I showed this picture to my partner and realised, once we were both looking at it, that I wanted him to see it because he’s never known me like this. There is an element of pride in the knowledge that I was once so much on top of things.

In January that year, aged twenty and thinking bird-like was sexy, but not the least bit interested in sex, I was admitted to a closed eating-disorder ward. I spent most of the spring there, re-routed into a strict schedule of meals, and the time between meals. This was followed by a couple of months as a day-patient in the adjacent ward, until I was discharged in the summer the same year.

During all this time, a close friend and I exchanged regular emails. Elix remained in Malmö, the southern Swedish city I had left in a hurry, no longer able to look after myself. With them in the real world, and me in a place where time was organised by the regularity of card games and illicit sit-ups, our emails, along with Elix’s mix CDs, offered me a line out — a snorkel bringing in sips of regular air. The messages were a reminder of where I belonged, and an assurance that a space was being held for me there.

My reports to Elix were mostly about the new order of things: the way breakfasts worked, and often didn’t, the staff rotas we used to keep an eagle eye on, anxious to know (for no reason other than knowing) who’d be working the night shift, the crocodile-shaped keyrings I’d learned to make out of beads, how making crocodile-shaped keyrings out of beads hadn’t been on my list of things to accomplish that year. I told Elix about a recent excursion to a farm, where a group of us were taken to visit some heavily pregnant goats, for therapeutic purposes. We, the patients, found it both baffling and hilarious – six tiny, anorexic people walking six pregnant goats through at least two feet of snow; who thought that would increase weight gain?

It must have been in response to all that, and so much decoupaging, bracelet-making and supper negotiating, that Elix wrote something that struck me as odd at the time. ‘I’m so sorry,’ they wrote, ‘that you, and everyone in there have to go through this.’

I admire my friend very much, especially the wisdom with which they’ve always, for as long as I’ve known them, recognised the harm that happens all around us, in spite of us. I never addressed their comment then. I let it slip and, most likely, continued to regale Elix with tales of the nurse with the flashlight, with whom I was fighting a nightly battle about keeping the door to my hospital room closed. But there was something in their message which didn’t sit well at all: ‘I’m so sorry that you, and everyone in there have to go through this.’ The ‘have to’ didn’t seem appropriate; it suggested a coercion, pointed to an outside force which, within the little world of the ward, was nowhere to be seen. Throughout my illness – every small decision dictated by that illness and leading further into illness – I would have told anyone that nothing and no one was influencing my not-eating, rabid walking or general over-exercising. I would have told them that I was, ultimately, in the driver’s seat. It’s the most fundamental definition of a self-destructive behaviour, I would have said: simply, it’s something you do to yourself.

Twelve years later, on a Thursday morning, my partner and I begin the day by opening our minute digital windows. What we learn leaves us staring through our actual windows for weeks, eating and communicating badly. First, I read a tweet by an artist who says she would ‘do anything to save us.’ From which bastard? I think, lining up world-leading idiots, and then, immediately, there’s someone else tweeting: ‘this, this is the asteroid’ they write. They mean the one in all the films. That, in turn, leads me to an article in the New York Times about the latest IPCC report, which has just been published.

Within fifteen minutes my partner is watching a lecture about the albedo effect, tipping points and the possibility of a Hot House Earth state. Within the hour, we no longer belong in the same historical timeline as our families or friends. The same week, I snap at a co-worker for using the phrase ‘in more mundane matters’ when I mention the hell that is already materialising, because how could anything be more of the world than the end of it as we know it? She is referring to restocking Sellotape; we’re in dire need of it in the office.

For those of us who haven’t yet suffered climate collapse as a crisis happening to our own bodies, either because of the places where we live or the socio-economic shelter over our heads (most often a combination of both), the moment we begin to truly engage with climate science, our stories of self and future are whirled out of orbit. For me, it was the IPCC report of October 2018 that did it. The (overly simplistic, as we soon understood) headlines, declaring that humanity had ‘twelve years to limit climate change catastrophe’ fulfilled one purpose exceedingly well: what far too many assumed was a much slower process accelerated overnight. I had spotted the ghoul of climate change before, but only behind half-open doors that I refused to walk through. Over the years, I read books, hyperventilated for a while and then got up to continue living — because what else is there but life? I spent a weekend handing out flyers in 2011 and then, the next weekend, I didn’t. I joined Greenpeace but never went to meetings. With that report, environmental collapse moved into the same timeline as the next Sellotape order, my next writing project, or visit to see my grandmother in Colombia.

Through the weeks after finding out about the IPCC report, different versions of the question ‘what have we done’ invaded my notebook. There was ‘what have we done?’ but also ‘when did we do it?’ and ‘how come no one is running down the street screaming, if this is what we did?’ There was ‘how could we let this happen’? Which, all of it, really, amounted to a bellowing in a cramped space: ‘what have I done?’ The climate crisis had moved inside, and with it the blame.

Jessica Gaitán Johannesson is our new Writer-in-Residence for 2021-22.