African Literature to Look Out For In 2014 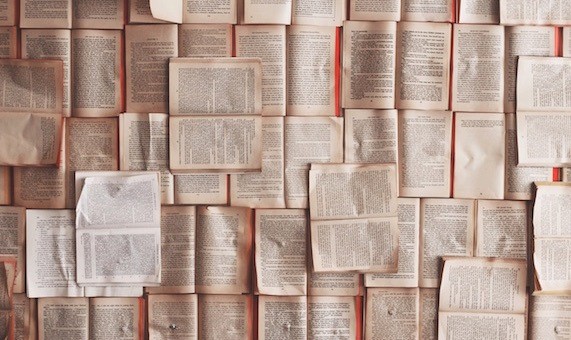 2013 was quite the year for African/African diaspora literature. It was the year that brought us NoViolet Bulawayo’s Booker We Need New Names shortlisted for the Booker Prize; Chimamanda Adichie’s acclaimed third novel, Americanah, which reached the several 2013 top ten lists such as The BBC, The Guardian and the New York Times; and Taiye Selasie’s much touted debut, Ghana Must Go. We also enjoyed other brilliant works including Tomorrow I’ll be Twenty by Alain Mabankou, The Orchard of Lost Souls by Nadifa Mohammed, The Hired Man by Aminatta Forna as well as wonderful short story collections like Igonni Barret’s Love is Power or Something Like That and Chinelo Okparanta’s debut, Happiness Like Water.

Yet 2014 appears set to surpass the past year with several titles by African authors already scheduled for international release within the next few months. Books to keep an eye out for include:

In this chilling murder mystery, a Las Vegas detective prepares to solve a series of recent murders, and his prime suspects are a set of conjoined twins. He enlists the help of the novel’s central character, a displaced South African psychiatrist who specialises in the study of psychopathic behaviour. The novel’s characters are thrown into an intriguing tale that plumbs emotional depths and employs dark humour, metaphors and elements of fantasy to provide a commentary on the impact of apartheid on its victims.

Chris Abani is a Nigerian author; his works include Virgin of the Flames (2007) and Graceland (2005), for which he won the Hemingway Foundation/PEN Award.

This story, set in post-war Sierra Leone, tells of the struggles of the citizens of Imperi town as they return to the ruin of their homes. Among them is a band of former child soldiers, they too, bearing physical and emotional scars of a war they had been forced to fight in. As the town attempts to rebuild itself and reconcile with the past, a new problem emerges in the form of multinational interests intent on profiting from the village’s natural resources. Beah carves a tale full of emotion and replete with questions we may never have answers to in this novel rich in the idioms and oral traditions of the author’s Mende mother tongue.

Ishmael Beah is a former Sierra Leonian child soldier. In 2007 he published a memoir titled A Long Way Gone, which was named by Time magazine as one of the top ten non-fiction books of the Year. Radiance of Tomorrow is Beah’s first novel.

Ike, a cab driver in America, has fallen on hard times when he comes across a magazine article about a gallery that sells exotic religious artefacts. He hatches a plan to return to his village in Nigeria to steal an idol – the god Ngene – and sell it in America. On arrival in Nigeria, however, he confronts a place that has changed dramatically, and thus begins his re-education. He soon realises that the artefact he seeks is not just an object but a mysterious, terrifying presence. This darkly humorous satire juxtaposes the role of the Christian religion (as introduced by missionaries and colonial powers) in the destruction of traditional African values and promotion of material greed, with modern America’s infatuation with the ‘exotic’ and the West’s continued plunder of Africa.

Okey Ndibe is a Nigerian writer, and was a protégé of the late Chinua Achebe. In 2001 his opinion piece titled ‘Eyes to the Ground: The Perils of the Black Student’ won the 2001 Association of Opinion Page Editors award for best opinion essay in an American newspaper.

This debut novel explores the history of Kenya through the experiences of a family torn apart by the murder of its son on the streets of Nairobi. Poetic, though sometimes sentimental, it charts the landscape of Kenya, especially that of its Northern Frontiers, and chronicles the country’s past and present — from the Mau Mau rebellion during the British colonial rule, to a political assassination soon after the country’s independence through to the upheavals of the present day and the unexpected events that reveal the family’s past.

Yvonne Adhiambo Owuor is a Kenyan writer and won the Caine Prize for African Writing in 2003 for her short story ‘Weight of Whispers’.

Helen Oyeyemi describes her fifth novel, Boy, Snow, Bird, in The New York Times, to be ‘about a woman named Boy who tries to avoid becoming a wicked stepmother and really doesn’t know if she’s going to manage it. It’s up to Boy, her biological daughter, Bird, and her stepdaughter, Snow, to decide what sort of family they’re going to be.’ With an intriguing plot and unforgettable characters, Helen examines race, identity and the perception of blackness in a white American town in the 50s. Like Helen’s previous novels, Boy, Snow, Bird contains elements of fantasy, and plays on old folk tales.

Helen Oyeyemi was born in Nigeria and raised in Britain. She was named one of Granta’s Best of Young British Novelists in 2013.

All Our Names by Dinaw Mengestu (Knopf, 4 March)

Dinaw Mengestu’s new novel is the story of two young men who come of age during an African revolution. They are drawn from the safety of their university campus into the escalating upheavals of the Capital. But as the line between idealism and violence becomes increasingly blurred, the friends are driven apart — one into the deepest peril, as the movement gathers momentum, and the other into the safety of exile in America. Set in the 1970s and drawn from two perspectives occupying different geographical spaces, the two threads eventually meet in this tale of self transformation, racial division and the search for acceptance.

Dinaw Mengestu is an Ethiopian-American writer. He was a 2012 recipient of the MacArthur Foundation Genius Grant and was named one of The New Yorker’s 20 under 40 writers in 2010.

Other titles to watch out for are Everyday is For the Thief by Teju Cole (Faber, March 2014); Lagoon by Nnedi Okoroafor (Hodder and Stoughton, April 2014); You Hide That You Hate Me and I Hide That I Know: Living with It in Rwanda by Philip Gourevitch (Penguin Press HC, April 2014); and The Three by Sarah Lotz (Hodder & Stoughton, May 2014)