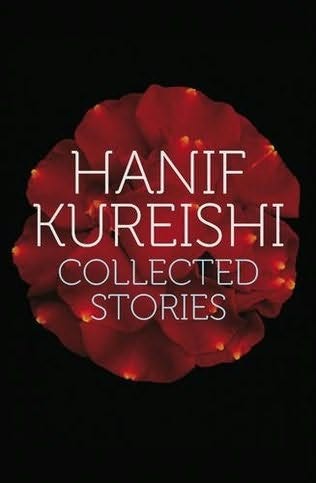 ‘The chief problem for a story writer’, Kureishi recently wrote about American writer John Cheever, ‘particularly when it comes to a collection, is that of variety, especially if the reader wants to consume the stories in one go: it could be like gobbling too many oysters, rather than taking them one by one at intervals, the ideal way’.

The question of variety is one that might face the reader when confronted with Kureishi’s massive volume of collected stories. A random selection of them may reveal that, like Cheever, who worried about the limitations of his fictions, Kureishi keeps to a particular social and psychological terrain. Many of his stories – ‘In a Blue Time’, ‘Goodbye, Mother’, ‘Maggie’, Phillip’ – are told from the perspective of a man in early middle age, embroiled in a less than satisfactory, if often sexually exciting, relationship; he often has intense memories of a friendship, occasionally with a sexual, sadomasochistic tinge, with another male. The background is Thatcherite (or not very differently Blairite) London in the eighties and nineties. The recognisable male figure may be married, though his relationship is often vaguely dissatisfying, and his sexual attitude to his wife veers between lustful and casual. Later, children appear, depicted with a degree of alternately rough and tender incomprehension. Also in the background, there might be an ageing mother who is obsessed with TV and not terribly sensitive to her son’s aspirations. Wives take off in search of new diversions or dance on Thai beaches, while husbands deal with flagging creativity, recalcitrant teenagers and, as they stumble into the new millennium, with recession and redundancy. Sometimes there is a touch of hopeful sentiment — a child to come, a mended relationship, or merely a feeling of affectionate well-being. Set in a time so close our own, some stories nevertheless feel like period pieces, perhaps because of their odd mixture of toughness and wistful yearning for something better or something lost.

Like other playwrights who also wrote fiction – one thinks of Tennessee Williams, Noel Coward – Kureishi’s output of stories has been prodigious, and one finds, inevitably, shadows and traces of his novels here. There is the man who writes a story about a former love affair and discusses it with his lover, which seems to be a self-reflexive nod to Intimacy; the half-Asian boy in sixties London in a house often crowded with visiting foreign relatives, navigating awakening sexuality and half-serious racism, who is reminiscent of the narrator of The Buddha of Suburbia; and a motley crowd of actors, writers, and other media, publishing and theatre types, often living on the edge of success. Early in his new incarnation as short story writer, however, Kureishi established a heritage for himself by paying tributes to Chekhov (‘Lately’) and Camus (‘The Flies’); in his praise of Cheever’s range and variety as a storyteller, we can map his attempts, over the span of his career, to extend his own rather limited range. The early ‘My Tongue Down His Throat’, for example, is an experiment in voice and form he was not to repeat; the even more celebrated ‘My Son, The Fanatic’ examines different attitudes to religion between father and son, with the twist that the father’s the one who, in his liberal zeal, emerges as the real fanatic. ‘The Turd’ recounts the narrator’s encounter with the eponymous object in a monologue that abandons the looser structure of many of the stories here for a semblance of real time. In ‘The Body’, a novella and perhaps too long for an already bulky collection, Kureishi launches his familiar narrator, now in his sixties, into a world of handsome young corpses and transplanted brains, unlimited sex and fear, and a chase that’s worthy of fifties pulp sci-fi.

Though his voice is quite recognisable – low-pitched and blunt, deliberately styleless in its narration and occasionally given to stagey archness in dialogue – there is not a typical Kureishi story in terms of structure. Early stories are mid-length, while others like the sprawling though well-made ‘Goodbye, Mother’ have a discernable, cinematic pattern. In the late stories, a noticeable brevity is sometimes replaced by indirection and even shapelessness (as in ‘Phillip’). Short reflections on life are occasionally woven into the texture of the prose, showing a muted reflective tendency just below its surface. ‘Sucking Stones’, one of his more unusual stories in the collection, is perhaps Kureishi’s own sly comment on writing. The novice writer Marcia shows her work to an older woman writer only to find the latter is more interested in her life as source material. Marcia burns her manuscripts, in search of an ‘important emptiness, one she would not fill with other intoxications’. But before that, she confides to the part-time lover she is also about to abandon:

‘We look to the old things and the old places, for sustenance. That’s where we found it before. Even when there’s nothing there we go on. But we have to find new things, otherwise we’re sucking stones.’

Aamer Hussein was born in Karachi, Pakistan, in 1955, and moved to London in 1970. He is the author of five collections of short stories: Mirror to the Sun (1993), This Other Salt (1999), Turquoise (2002), Cactus Town: Selected Stories (2003) and Insomnia (2007). He is also the editor of Kahani: Short Stories by Pakistani Women (2005). Another Gulmohar Tree was published in 2009, and his next novel, The Cloud Messenger, comes out in March 2011. He reviews regularly for The Independent, and is Professorial Writing Fellow at the University of Southampton.