A tale of two bookstores: Nigerian writing and its growth in the Western world 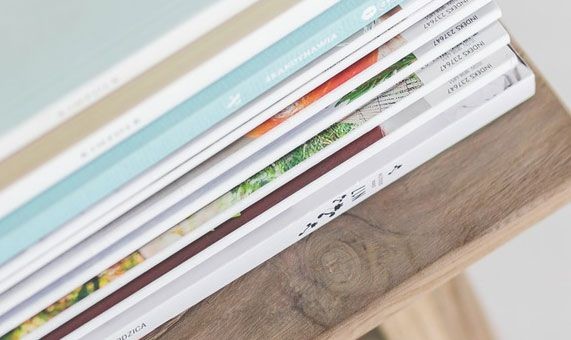 A tale of two bookstores: Nigerian writing and its growth in the Western world

Sola Njoku talks about the amazing resurgence of Nigerian writing over the past decade and some of the reasons for its success.

Whenever I visit a new place, I look for the bookshops and wander in to see what is available by way of Nigerian literature. During a visit to London in the late 1990s, after several explorations that yielded nothing I finally chanced upon a lone copy of One is Enough (1981) by Flora Nwapa in a bookshop in central London. The book was tucked away at the back of the store along with a small selection of African American and erotica novels.

I picked it up, feeling a sense of its misplacement and wondered how Nigerian literature had fallen so far from its ‘Golden Era’ — that period immediately preceding and following Nigeria’s independence when praise for the works of Chinua Achebe, Wole Soyinka, Amos Tutuola and Elechi Amadi echoed in publications like the TLS and the Observer and labelled ‘timeless’, ‘universal’, ‘excellent’ and ‘bewitching’. How had Nigerian writing fallen into such obscurity?

Fast forward just over a decade — two weeks ago I found myself walking along the high street of a small English town, when the bold red and blue of Chimamanda Adichie’s Americanah from the store front display of Waterstones catches my attention. Next to Adichie’s new novel is Taiye Selasie’s Ghana Must Go. Both beckon invitingly and I draw closer, beguiled by the prominent display.

I knew that Nigerian literature, particularly fiction from the Nigerian diaspora, had picked up in the years since I futilely scoured London bookshops in the 1990s. But it took encountering these books on such front and centre positioning in a town with a population of 50,000 and a very small black community that I realised the milestone Nigerian literature had reached over the last decade or so.

There are disparate points of view as to why Nigerian literature is – to put it simply – hot again. A school of thought would attribute it to the re-establishment of democracy in 1999. Since Nigeria’s independence in 1960, Nigeria had been more or less in the throes of malignant military dictatorships. These regimes felt threatened by creative and intellectual expression and had made known their displeasure. Books, like Soyinka’s The Man Died (1972) were banned, writers, poets and journalists were imprisoned — publishing went into decline.

With the return to democracy, it appears that the collective silence of self-preservation lifted, and people finally felt free to chronicle the political and economic realities of the era. This argument further explains why the majority of the works that were published immediately after that period –Helon Habila’s Waiting for An Angel (2002), Adichie’s Purple Hibiscus (2003), and Chris Abani’s Graceland (2004) – are full of criticism of the former establishment.

A second school is of the opinion that Chimamanda Adichie is the big bang of Nigeria’s literary renaissance. Adichie’s debut novel, Purple Hibiscus, was shortlisted for several international awards and won the Commonwealth Writers’ Prize for Best First book and she was hailed as the protégé of the great Chinua Achebe. International publishing houses, whose interest had been piqued by the celebrated young writer, began to look more closely at works by Nigerians in the hope of discovering the next Chimamanda. Other aspiring writers, in their turn, seeing the possibility of a writing career, became more ambitious and started to aim for the international market. Supposedly, this spurred authors like Chika Unigwe, Helen Oyeyemi, Adaobi Nwaubani, Chinelo Okparanta and many others.

Another argument attributes the rise of Nigerian literature to the Caine Prize for African Writing, which was established in 2000 and won by Helon Habila in 2001. With its £10,000 prize money and exposure for winners, coupled with the fact that many winners debuted internationally soon after, has provided a platform for aspiring writers to break out into the mainstream. It has further ensured that only the best from Africa has emerged — the Caine Prize winner’s list and shortlists are a near accurate touchstone of internationally acclaimed Nigerian writing. Since the establishment of the prize, Nigeria has produced four winners, including Rotimi Babatunde the 2012 winner and, undoubtedly, these success stories are inspiring many to the craft.

On May 15, the shortlist for 2013 was announced. Of the five selected stories, four are written by Nigerians. Whatever the reason behind this growth, what is clear is that Nigerian literature has recently achieved unparalleled success. With more than 250 ethnic groups and a population of 160 million, Nigeria cannot have too many voices telling its stories to the world — offering varying perspectives and a deconstruction of age-old stereotypes.

Back at Waterstones in the small English town, I give in and enter to buy both the books. Copies of Americanah and Ghana Must Go are stacked high on the ‘New Bestsellers’ table by the entrance, alongside titles by EL James and Sylvia Day. Erotica again! Democracy and Chimamanda Adichie may have promoted Nigerian literature, but apparently, it isn’t the only genre to have made that long journey from the back of the store.