Review: A Season in the Congo at the Young Vic Theatre 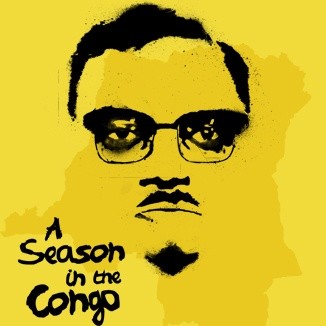 ‘You can have peace. Or you can have freedom. Don’t ever count on having both at once’. Science fiction writer, Robert A Heinlein, once wrote. And the Young Vic’s production of A Season in the  Congo, brings this sage expression sharply to mind.

While many of the wars fought by Africans have been wars of independence – fought to root out acquisitive colonialists who had hitherto carved up the continent for its oil, its gold, its diamonds, its resources, its land, its humans – arguably none of Africa’s conflicts post-independence has been devoid of the machinations of foreign interests. Had the pan-African pro-independence movements of the 1960s foreseen the cost of hard-worn liberty, perhaps Africa would even now be contentedly subject to the exploitation of the West rather than forever divided in freedom.

Joe Wright’s wonderful adaptation of the 1966 play by Aimé Césaire, chronicling the rise and fall of Patrice Lumumba, Congo’s first elected Prime Minister is, beyond artistic achievement, an indictment of colonialist and neo-colonialist powers.

When we first encounter Patrice Lumumba, played by Chiwetel Ejiofor, the year is 1955, Congo is still a Belgian colony and he is still a beer salesman, glibly encouraging his audience to put aside their ethnic rivalries and ‘drink to Congo’.

In 1960, when we next meet Lumumba, he has set up a political party – Mouvement National Congolais – been jailed, released and elected prime minister.

The rise of Lumumba, we realise, hasn’t happened in spite of foreign interests but rather because of it. At a conference of Belgian investors, depicted by giant puppet heads speaking in rhyming couplets – ‘To be president is great, prime minister fine; but hold out dollars and they’ll form a line’ – it is decided that elevating Lumumba might better serve their interests than imprisoning him. ‘Bring him to Brussels’, they agree.

Newly elected Lumumba is no willing puppet, however. On the day of the Congolese handover by the Belgian King, he forcefully interrupts proceedings to rail at the former colonialists, ‘welcome Congo — child of our sleepless nights and struggles’. This first faux pas is immediately followed by several others as Lumumba falteringly attempts to find his feet.

Chiwetel stuns as the earnest, wilful Lumumba who, eager to bring change to Congo, makes one audacious decision after another — he sacks Belgian officers from the army, appoints Maurice Mpolo as Chief of Staff then quickly displaces him for his disgruntled friend and crowd favourite, Joseph Mobutu and eventually turns to Russia at the height of Katanga’s insurgency to the alarm of the USA. ‘Congo is not a country, it’s a curiosity’ marvel foreign investors in Belgium and I daresay the audience shared their sentiment.

Chiwetel’s fine portrayal, releases Lumumba’s myriad of contradictions: a tender husband playing a guitar, an irascible Prime Minister who sacks the President, a fervent leader who seeks no self-gain, a strident opponent to Belgium, a friend blind to the ambitions of Mobutu and an idealist who ‘will tonight dance with a Katanga girl’.

Joe Wright employs a linear plot that skips forward to turning points in the narrative then lingers. As Lumumba’s diatribes become ever more urgent and adamant when Congo begins to unravel, the likembe player provides more frequent emotional nuance with his haunting native sound and oratory (translated by other cast members). Particularly poignant is his allegory of the tortoise, the leaf and the creeper.

Wright employs the techniques of Brecht for a defamiliarisation effect as is apparent in Chiwetel’s direct addresses to the audience, the bright spotlight is juxtaposed with dimmed, dusky glows for song and dance routines, frequent translations, as well as the explanatory placards depicting time and place. Symbolism is rife; Mobutu swaps his army cap for a leopard-skin toque to signify a new era and the ambition to claim power for himself.

Co-director and choreographer Sidi Larbi Cherkaoui breaks the tedium of political speeches with animated African dance routines that morph into dark, drawn out battles to the death. A slow motion sequence is most brilliant and dramatic at the climax when Lumumba is passed head-over-heels from hand to hand across a long table before a firing squad shoots him dead.

The set by Lizzie Clachan is an economical use of space: audience members sit at café-style table and chairs in a semi-circle just below the stage which doubles as a trail for demonstrators and Belgian officers. The foreground of the stage holds a jail, a seedy looking nightclub and a protest square. A flight of stairs to an upper level create a break from the main political stage, that is alternatively Lumumba’s home and an intimate space where his wife expresses her concerns and premonitions, as well as the offices of Belgian, UN and American powers. Lurking in the darkened wings are life-like vultures that make their way to the foreground as Lumumba situation becomes increasingly desperate.

The creative use of props enables the all-black cast to play several roles including those of the white colonials and also convey the greed and exploitation of the foreign powers. Long, plastic, pink noses transmit the authority and superiority of the white colonial officers while the animal skulls take pride of place in the offices of western investors. An aircraft is created with empty crates and an oil drum; people displaced by the Katanga conflict are represented by doll-size figurines pulled slowly across the stage; and hand controlled puppets and birds whose life-like qualities immediately drags attention away from their operators all make up the fantastic ensemble.

Chiwetel Ejiofor, last seen on stage six years ago, is a formidable Lumumba, confident in his stride and speech, earnest in his intentions and lament, and idealist till the end. After his recent, poised performance in the BBC drama Dancing on the Edge, it is a joy and revelation to watch him slide impatiently down a pole, clench his fists and detonate angrily.

His co-cast are no less impressive, swapping roles and accents fluidly, singing and gyrating, giving themselves up to the performance completely. For an all-black cast sometimes depicting white people they gave a very convincing performance. And with the rarity of all black productions in London’s theatre, A Season in the Congo is a novelty.

Only a few flaws detract: Many cast members take on several roles, which at significant moments in the play can cause confusion. Kurt Egyiawan who plays Maurice Mpolo, Lumumba’s right-hand man, also plays The UN Secretary Dag Hammarskjold as well as a Katangan loyalist. When Egyiawan plays the part of the Katangan loyalist who finally kill Lumumba, the audience is left wondering if Mpolo has defected and taken part in his friend’s demise .

A bar scene could be shorter. It does not play a large part in the political proceedings and women are clad in see-through tights that are rather anachronistic in relation to Congolese clothing in the sixties. And while so much is made of the fall of Lumumba – a story many would already be familiar with – we see very little of his rise from a beer salesman to a nation’s prime minister.

Nonetheless, this beautifully rendered period of hope and loss in Congo is something which explains the present state of the country — still enmeshed in ethnic crises and is an experience that many Africans share. Will Africa ever be allowed to chart its own course without being a pawn for foreign interests? And does anyone, like Lumumba, dare try to steer the hand of change?