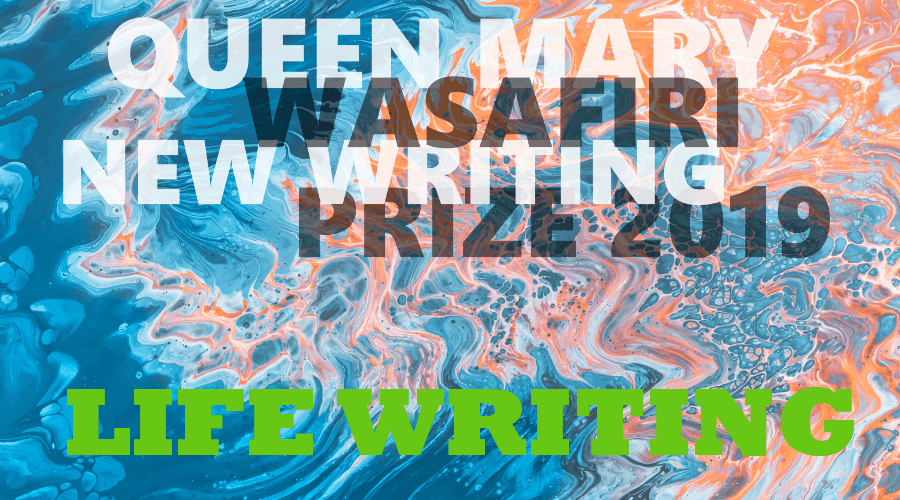 By Wasafiri Editor on February 20, 2020 in Articles

Our school Debating Society had a lot going for it. For a start, it was a handy refuge during wet weather; once a week we had access to the Lecture Theatre in the warm, dry heart of the school which was otherwise out of bounds during the lunch break.

The Lecture Theatre was usually where we were taken to see films, TV programmes, and videos (the school video-cassette recorder, a temperamental, industrial-sized piece of equipment, was an object of wonderment in the mid-1970s). Occasionally, expensive-to-mount science demonstrations were also held there. Notoriously clumsy physics teacher Mr Abernethy was once demonstrating the use of a Geiger-Moller Tube in the Lecture Theatre, using a tiny source of Gamma radiation. ‘Now, Gamma radiation is very dangerous,’ he said, ominously, ‘if you are exposed to large doses of it.’ Immediately, he dropped the thing and around sixty pupils hurled themselves to the floor, fleeing unimaginable nuclear horrors.

And here, each Wednesday at 12.30, the Debating Society convened. It wasn’t a club attended by the school’s academic aristocracy; rather, it was a refuge for the second string. Though there were exceptions, including one member who has become a Famous Post-Modernist Novelist, most of us were bright enough but not that bright, remarkable only for being so opinionated; there were plenty of fervent Labour and Liberal and SNP supporters (no Conservatives – we were a largely working-class West of Scotland school) as well as keen Christians and proto-Dawkinsian atheists. In the Debating Society, people with an axe to grind found a grindstone.

It was a good place for those who simply enjoyed a good argument, albeit in the stylised ritual of public debate. The presiding teacher, Mrs Aberdine, was Head of English and viewed the club as a support to our study of literature and language, though I suppose some of us hoped it would be a stepping stone to a career in politics or public life; a hope that was in vain (though as we’ll see, some of our opponents did eventually make it to Parliament).

Midway through the winter term came the opportunity, or perhaps the spectre, of the Daily Express Scottish Schools Debating Competition. Mrs Aberdine had entered the school for the contest which was a protracted affair, with several qualifying rounds before the grand final, rather like that all-American singing malarkey in Glee. Mrs Aberdine had arranged that our first round competition would take place in our own school Assembly Hall. Suddenly given something like the responsibility of the coach of a school football team, she had to choose two ‘players’. She did, and I was one of them, rather to my bemusement.

Football was my passion then (as it still is) but I’ve always been rubbish at it; I had no chance of playing for the school team, no chance of hacking the legs away, like the uncultured centre-back I was, from the fancy-dan strikers of our local rivals. My only previous flirtation with being in a school team had occurred when I joined the Chess Club, only to discover that I was worse at chess than I was at football. So I was rather intoxicated with this back door, somewhat unfashionable route to being in a school team!

A week or two before the first round we were taken to a public debate at Glasgow University to show us how the professionals did it. The theme of this debate was Independence for Scotland and it featured quite a starry cast: Isobel Lindsay, still an active politician today (she was SNP then, but later joined Labour), Malcolm Rifkind, soon to be a cabinet minister, and the now deceased Labour grandee Donald Dewar. I’m not sure how much good the visit did us but I remember taking note of the least feeble of Rifkind’s jokes and later reproducing it in speeches.

We rehearsed, just like Glee Club; but also, not remotely like Glee Club. We had the supposed advantage of rehearsing in our own school assembly hall, the actual venue, this being a home tie. Harry and I were the first team, with Tom and Willie in reserve. I think I was rather lucky to get the nod, though I suspect that whoever was chosen would have frozen to the spot on the night, just as I did.

On a grim, rainy November evening we arrived at the Assembly Hall which was packed with teachers and parents and families (though not mine — if I was to humiliate myself, I would do it as anonymously as possible). There were four teams competing, of which two would progress to the next round. Two plump, pleasant lasses from Kilsyth Academy, two gruff lads from Clydebank High and a chunky lad and lass from Douglas Academy in Milngavie provided the opposition. The latter pair were quite posh, but at least we hadn’t been thrown in with any private schools, opponents who had probably learned public speaking in the womb.

We lined up on the stage with the chairman in the middle. In front of the packed audience sat, like the X Factor panel, the eminent judges. I forget who the other two were, but the chairman of the panel was Charles Graham, then editor of the Scottish Daily Express.

Throughout our rehearsals, Mrs Aberdine had stressed the importance of listening to the opposition speeches and responding to them, rather than simply turning up and delivering a set script. If any of our opponents raised points of order, we were advised to accept them if we were sure of our ground.

When my turn came I froze like a rabbit who’d just bumped unexpectedly into the local stoat. I stood up, made a couple of points about the preceding contributions, then said, ‘And now, back to my speech’. Which is, indeed, exactly where I went, taking refuge in the safe and familiar. A couple of points of order were raised, but I fled their hidden depths and declined them.

You’ll notice that I’ve skilfully avoided making any mention of the topic of the debate. That’s because I can’t remember it for the life of me, nor has any phrase, paragraph or argument from my speech remained with me. Except for one.

Back then I was a naive, youthful Old Labour socialist (the type that Labour would probably have expelled during the Blair years) and I liked nothing better than picking an argument with a Tory; and here in front of me was the Editor of the Scottish Daily Express!

Built into my speech, and concealed in advance from Mrs Aberdine, was a withering reference to ‘the dismal, right-wing, Conservative press.’ I doubt if it had much to do with the topic but I carefully guarded its place in the script. And, on the night, as I delivered the line, I turned my contemptuous gaze on Mr Graham. He responded with the cold, unresponsive stare that my stupidity merited.

I’d like to say that, in not being selected to proceed to the next round, I was the victim of political prejudice, of the forces of international capitalism attempting to quiet the voices of legitimate working-class protest, but frankly my speech was rubbish, Harry’s was rubbish, and when Kilsyth and Douglas were announced as the winners it was no surprise and I knew we’d got what we deserved.

Afterwards, those of us in the teams repaired, together with our teachers, for tea and sandwiches to the school Staff Room. This was a place we’d often looked in on (its windows opened on the First Year quad) but had never entered. It proved to be a bleak, unwelcoming space that reeked of navy-strength cigarette smoke. We sat uncomfortably on beige lounge chairs splattered liberally with coffee stains and tried hard to socialise. The chunky pair from Douglas Academy offered polite commiserations to us, the defeated, and the capacious but attractive lasses from Kilsyth were especially lovely and gracious. But I did hear one of the Clydebank lads say to his team-mate ‘We needed a girl in our team if we were to get through.’

Months later, we were taken to Glasgow University Union to see the final. The quality of the speeches and the erudition of the competitors couldn’t fail to astonish; thank goodness we hadn’t qualified as we would have been used to comprehensively wipe the floor. Douglas and Kilsyth may have obliterated us but they hadn’t made it to the final either. Lochaber High School from Fort William were there, seeking their third win in a row. A chubby lad with long, straggly red hair, an impressive speaker, had been in all three of these finals. His first appearance had come when he was a mere third year.

And Lochaber won it again, with their ginger hero tipped for great things. I suppose, in his own way, the late Charles Kennedy MP, former leader of the Liberal Democrats, did indeed make his mark. I never aspired to his heights, but the whole Debating Society experience did me no harm. Speaking in public, lecturing, giving presentations, none of these has ever held for me the fear they bring to others. I’m sure my debating career, short and inglorious as it was, is partly responsible.

Curiously, our school, which was just five years old on that cold winter evening in 1976, was later swept away and replaced by a new-build PFI structure. The Lecture Theatre and Assembly Hall that we knew have both gone.

David McVey lectures in Communication at New College Lanarkshire. He has published over 120 short stories and a great deal of non-fiction that focuses on history and the outdoors. He enjoys hillwalking, visiting historic sites, reading, watching telly, and supporting his home-town football team, Kirkintilloch Rob Roy FC. ‘A Losing School Team’ was shortlisted for the 2019 Queen Mary Wasafiri New Writing Prize in the Life Writing category.