A conversation with Clifton Gachagua 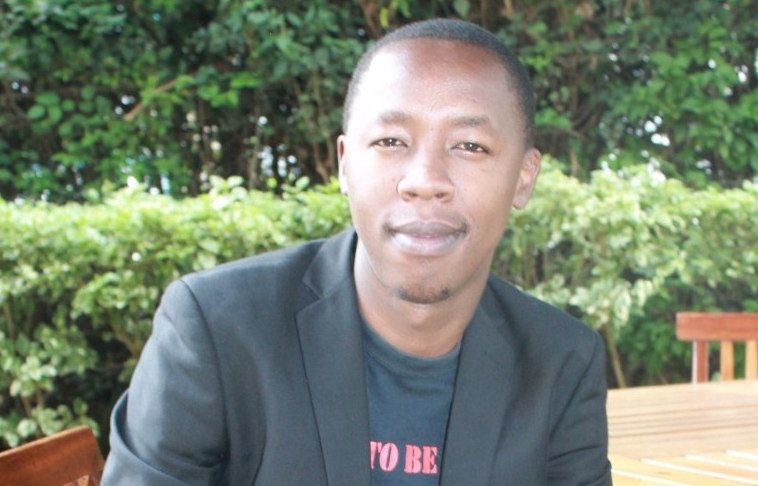 Clifton Gachagua is the winner of the inaugural Sillerman Prize for African Poetry, 2013, awarded by the African Poetry Book Fund. His poetry anthology, Madman at Kilifi was published by the University of Nebraska Press and Amallion Publishers (Senegal) and The Cartographer of Water (Seven New Generation African Poets), a chapbook, was published by Slapering Hol Press. His novel, Zephyrion, was recently longlisted for the Kwani? Manuscript Project. His works have been published in literary forums including Kwani? 06, Saraba and AfroSF. Gachagua is currently working as a scriptwriter.

Emmanuel Iduma: Who do you write for?

Clifton Gachagua: That’s always a difficult question. I’m supposed to write for someone. I know that. But when I write, it simply happens. I’m not thinking about an audience. I’m not thinking about who will chance upon my writing. I’m thinking: this thing works, these symbols and sounds work and these other ones don’t. Before I think who I’m writing for I just want to make it right. And for now, as I figure out if I can write, I’m still figuring out what works and how it works. So, in a way, I’m first and foremost writing for myself.

EI: Have you figured out a way to know, before even writing a word, what might work and what won’t?

CG: I think I’m still learning. I always write what comes to me. After I’m done, I can tell if it works for me. A month ago I read a poem on the Poetry Foundation website. It got to me. Right after that, I wrote a poem and posted it on my blog. I knew it was working because of the space I was in at the time. It’s not possible for me to control this space – although whiskey and vodka often helps – but once I’m there I know what works and what doesn’t.

EI: I usually think that audiences are deposable dictators, you know, and we have to get to the point where we can’t take consensual reality anymore.

CG: As soon as I think about an audience I feel like I kill the genuine writer in me. Inhibitions come knocking. I have very low standards for myself with regard to aesthetics, so I’m more willing to forgive myself. This can be a good or bad thing.

I also want to think I’m writing for writers who influenced me — all those dead poets and novelists. Yearning for their acceptance. It’s hard for me to imagine I write for a particular live being. Because then I’d stop writing. Even then, I still hope someone in the waking world will read me.

EI: Writing in dialogue with dead people might just be fanciful because they’re, simply, dead.

CG: You see, they are not dead. I’m engaging with their work every day. Their work is alive.

EI: Yes, the conversation is happening with living objects. Your anthology Madman at Kilifi is filled with poems that work as complete instants. I wonder if you had that in mind or if it’s simply the nature of a poem.

CG: Complete instants. I like that. I’m not sure what a complete instant is. I think it’s still about what I mentioned earlier — about it feeling right. But yes. Madman at Kilifi, in particular, is full of moments. Although I do write about moments they are never complete. That’s why I try to find meaning in questions and poems. Madman at Kilifi, the poem, came about because of this moment I had in Kilifi. I saw a madman. I was walking home with my lover. At night, in bed, I thought about the madman. I didn’t write about him or that instant until a year later.

EI: The term ‘complete instant’ I guess I was recalling a line from the poem ‘Shakara’. The last sentence, in fact: ‘I am so many men when I’m dancing.’ Its completeness lies in the many implications that saunter within it.

CG: Completeness has always scared me. It’s interesting that you read that last line as completeness. Yet you also say ‘many implications’, and this, to me, is incompleteness. But it is complete in the sense that it firmly suggests one or many things. I’m thinking of the many times I go home, tired and hungry, and listen to Fela. There are many such moments. And I listen to him as many men and for different reasons. But the poem came to me in one instant. I was making dinner and Fela was playing.

EI: You brought up witnessing earlier — you write as a Kenyan, in whatever complex ways that can be interpreted. And perhaps I’m interested in knowing how you interpret it.

CG: Do you mean how I interpret writing as a Kenyan?

EI: Yes, in a way, but I am specifically interested in the difficulties you face when writing that witness poem, supposing it has to do with Kenya.

CG: Ah. Yes. Yvonne Owuor wrote a novel about the north of Kenya, about people whose songs she did not know. Yet in her novel she really gets their language and songs. I don’t know how she did it. My poem is about a massacre that happened in the north, before I was born. I just don’t know how to get myself into the language of their pain and songs, especially as I was brought up in Nairobi, where I’m very much separate and protected from certain realities.

The other problem is that I felt I was compelled to write this poem. It’s the first time I felt compelled to write about anything. Sorry if this begins to sound like a confession. I’m sure you’d much rather be anything but a priest.

EI: A priest is a good deal, and I think the page is supposed to be a confessional, ha. Now, I wonder what relationship you have with images — I mean, you’re a screenwriter.

CG: My early interest with poetry began with the imagists. With Pound. I read some kind of manifesto he’d written. I think because I’m a poet first I then became interested in movement and images. And economy mostly. Yes. Economy. Limited time. That’s what poems and films are in essence. Limited time to say something.

EI: I see this same limitedness in your short story, ‘Sketch of a Bald Woman in the Semi-Nude’ where I feel you’re deploying words as though they’re snapshots. I suppose this is an impulse for all of your work — frozen movement?

CG: Images are instants. And I’m interested in the material. Objects. If I can talk about one object I can use that to talk about so many other things. And images help me grasp at the material world, the coherent world.

EI: Yes, the sense I get from your poems is that all of time, past, present and future, shares the ontology of the present, which is what you see when you look at images. In ‘Eternally Distracted’ you give writers an imperative: ‘The language of you is icons / supplemented by how letters / can be arranged into images.’

CG: I was watching something on the TV recently, and the words ‘A Place in Time’ appeared on the screen. I think it’s a film. For some reason this makes me think of a snapshot, a singular moment and place in time. This is very important to me: you see, I think I come from a place of many inconsistencies and incoherencies. I think I’m after one moment in time. And that moment will help me figure out all of time. Or, another way to think about it, only a single moment matters. Time is simply many moments.

I like how you make sense of time. Yes, as the present. It’s hard for me to imagine anything other than the present. And, yet, it’s so futile and short-lived.

EI: How did the Sillerman Book Prize change things? Are there fresh demands? It seems to me that you have some form of visibility now.

CG: That’s true. In a way, and I mean this in the way other people look and think about me, I only became a poet after the prize. There ARE fresh demands. Every day. From other people. But mostly from myself. I want to do more. I have written three other manuscripts since the prize. There are demands to always be good. I think this is more from me.

EI: Tell me about these new manuscripts.

CG: One is about drugs and addiction. The other is about sex. And the last one is the witness poem. I’m more interested in drugs though. In a way, for me, drugs and sex are damn related.

EI: Vice feeds on vice, and people would say sex is a drug.

CG: I live in this place where you can get liquor and prostitutes any time of the day, regardless of age. Still trying to figure out what it means for the children growing up on the top floors. So this place has the bars in the ground floor.

I’m also editing my first novel. Hopefully Kwani? will publish it sometime later this year. But perhaps we shouldn’t talk about works in progress, right?

EI: We should, I’d even love to know what the central imperatives are for these works in progress. What moves you to write regardless of the material conditions?

CG: If I don’t write then I don’t have any other way of being. I really like it when a piece of writing works. One perfect image could save my life. I believe this. I imagine there’s so much that’s unsaid here, no one is telling the very individual and personal narratives. Everyone is interested in prime time news and newspapers. But few are interested in, for instance, why there’s always someone in the papers who killed their three children and wife, then hanged themselves. It’s as if we are afraid of making sense, of knowing. That we’re only interested in spectacle, in other people’s blood. I think the main and central imperative for these manuscripts is the ‘I’, the very personal.