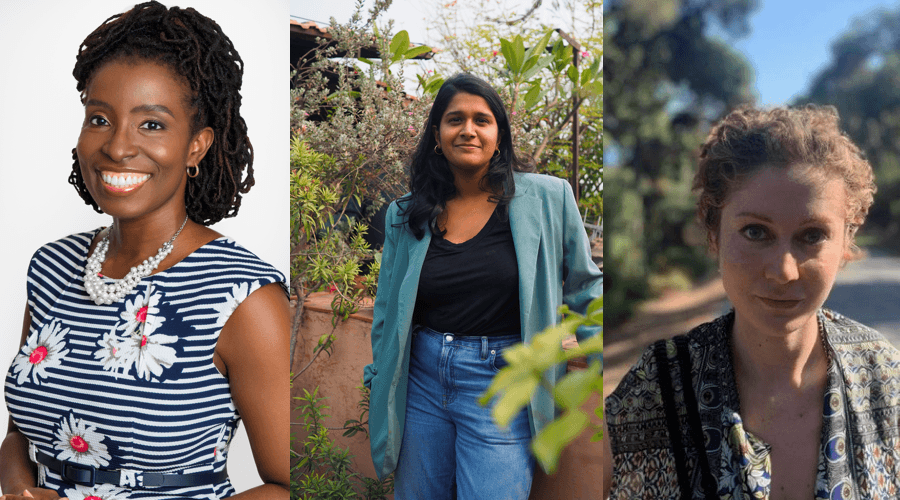 ‘It was so interesting, considering everything that’s happening in the world, to be in that privileged position of seeing where people’s minds are at, what people are writing,’ said poet Raymond Antrobus of judging the 2020 Queen Mary Wasafiri New Writing Prize. The prize winners, new writers who have yet to publish a full-length work in their chosen genre, were announced on 29 October, and will now receive their prizes of £1,000 as well as mentoring and publication. The judges praised the global range of the prize, as well as the sheer variety of styles, calling the work they read striking, fresh, and exciting.

You can watch the prize announcement, including short readings from the judges and a guest reading by author Leone Ross, on our YouTube channel. 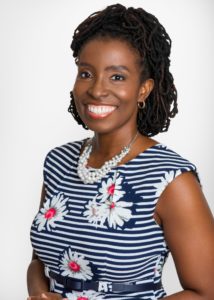 Grate coconuts. Some of you fingernails and the tips of you finger will get grate off too. Add water and knead for about 6 minutes to work out the coconut milk. Strain, and add about 1 ½ teaspoons of lime juice and a pinch of salt.

Framed as a recipe, this story’s beguilingly playful opening sets the scene for a compassionate, nuanced portrait of family life. ‘With enormous vigour and zest and skill it introduces you to a voice, to a setting, to a family, and it does it absolutely beautifully’ said fiction judge and Penguin editor Simon Prosser. ‘This story just totally leapt at me and gripped me from the first moment.’

A Jamaican living in Barbados, Sharma was most recently: a finalist for the Elizabeth Nunez Award in the Brooklyn Caribbean Literary Festival’s Caribbean Fiction Writers Competition 2020, shortlisted for the 2020 Commonwealth Short Story Prize and won the Frank Collymore Literary Endowment Award for an unpublished collection of short fiction. 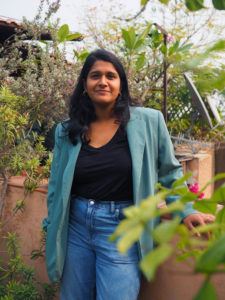 It is a standing joke among those that know me that I don’t like to give hugs. ‘Try it’ my friend said, one day at dinner to a table full of people I had known for years. Somebody appeared behind me, try to clasp me from the back as I winced and shrunk—concave and awkward, wiggling out of the person’s grip, asking everyone to stop. ‘See’, my friend said ‘Told you, she doesn’t like being touched’.

‘The thing about this winner,’ said Life Writing judge and Guardian writer and editor Aida Edemariam, ‘is it repays rereading. Every time you read it you can see something slightly different in it.’ A reflection on the aftermath of traumatic experience, this account slowly but meticulously builds momentum through careful attention to moments in everyday life. ‘The insights seemed hard-won, both in life and in writing,’ added Edemariam. ‘It was quiet but it stuck in my mind as saying something important and true.’

Sharanya Deepak is a writer from and currently in New Delhi.  She writes about food, language, and the commodification of culture, and is currently  writing more essays about selfhood, and the ways bodies move through the world. 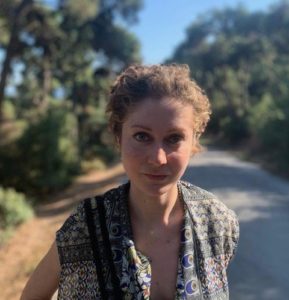 Poetry is the record of the Arabs

The art of poetry is Arabs, collected

To speak in verse is to remain in Arab memory

This ‘playful, detached yet joyful’ poem purports to be an Arabic saying translated twenty ways; but more than translations, its twenty lines unfold a series of ‘remixes of meaning’, says Poetry judge Raymond Antrobus. ‘When I read this poem it got me asking myself questions I’d never asked before, and that’s one hallmark of a good poem. It’s in conversation with you, it’s challenging you to think more about history, to think more about language, to think more about who we are. This poem does all of that, and with such joy and skill and originality.’

Yasmine Seale is a writer living in Istanbul. Her essays, poetry, visual art, and translations from Arabic and French have appeared in Harper’s, Poetry Review, Times Literary Supplement, Apollo and elsewhere. Aladdin: a New Translation came out with W. W. Norton in 2018, and she is currently working on a new translation of One Thousand and One Nights for the same publisher.

Every member of the shortlist, including the winners, will have a one-to-one meeting with Nikesh Shukla of The Good Literary Agency to discuss their work, their career progression, and how to get ready for submission to literary agencies. They will also be offered the Chapter and Verse or Free Reads mentoring scheme in partnership with The Literary Consultancy (dependent on eligibility). Winners will, in addition, be awarded £1,000 each, and published in Wasafiri 105, available March 2021.

To celebrate the winners, you can get £5 off any purchase on the website in the week after the prize announcement by using code Congrats5. Visit our online shop, or subscribe now.

With press enquiries or to interview our winning writers, contact Emily Mercer