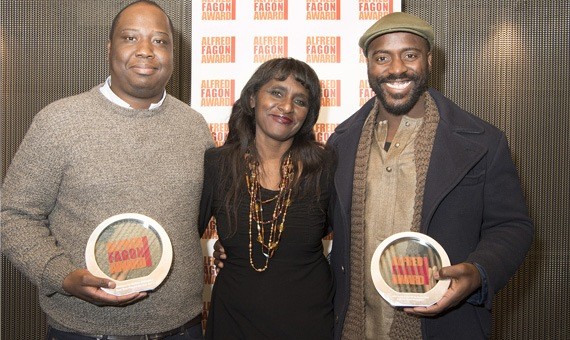 The annual Awards took place at The Dorfman, National Theatre on Friday 8 December.

BAFTA award winning writer and director Amma Assante, presented the award and cheque for £6,000 to Mufaro Makubika, winner of this year’s Best New Play of the Year at this year’s Alfred Fagon Award supported by The Peggy Ramsay Foundation.

Writing about a specific time and place: St Anns, Nottingham, its Caribbean community and their history, Makubika’s play Shebeen is about home and ambition, and what it is to claim a place and grow. 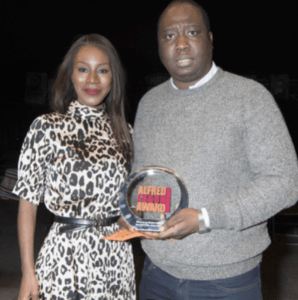 The winner of the Audience Award for plays staged between September 2016 and August 2017 was won by Akpore Uzoh for his play ADITL ‘A Day in the Life’.  Akpore was presented with his Award by actor, Susan Wokoma. 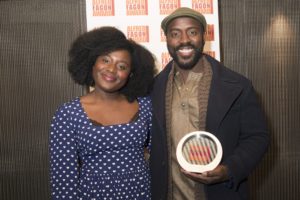 This year’s recipient of the Roland Rees Bursary, named in honour of the co-founder of the Alfred Fagon Award and leading theatre director from the 1970s and 1980s, was writer Beverly Andrews.  Beverly was presented with a cheque of £3,000 by writer Mark Norfolk, the first recipient of the bursary in 2015. The bursary is awarded annually and enables writers to devote more time to their writing. 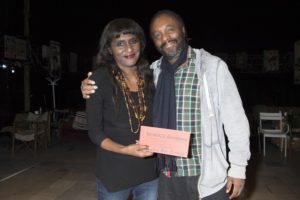 The shortlisted plays for Best New Play of the Year were:

The trustees of The Alfred Fagon Award are:

The founders of the Award are: