After the end of England by Gillian Best 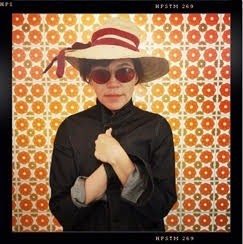 Gillian Best is a writer whose debut novel will be published by Freight Books in Spring 2017. Her fiction has been shortlisted for the Bridport Prize (2013) and published in her native Canada and the UK. She currently lives and works in Bristol. The shortlisted entry below is an extract from her forthcoming novel.

I reached out for my wife and my hand touched the pillow where her shoulder should have been. I did not know where she was, but it was easy enough to guess. She always did prefer the seabed to our bed.

Her hair was never dry, damp towels covered the radiators and for an hour or so after a swim, her nose dripped. The seawater was desperate to get back to its rightful place.

The swimming costumes – all dark, all practical – the bathing caps and lanolin to keep the chaffing down followed her wherever she went. She only swum in the sea: never a pool and never heated. Unnatural, that’s what she said. The sea is alive, expansive; a pool is dead and confining. The sea is freedom. There is nothing in a pool: no current, no tide, no waves and most of all no history. Antiseptic, cold perfection, swimming pools. Horrible things.

She swam at every opportunity regardless of weather or temperature. On the coldest days, I worried if she was gone too long because hypothermia had once forced her back onto the land. If it was too cold, in the depths of winter, to keep herself from going mad she sat shivering on the beach, staring out at the froth, desperate for a wet.
She would say: The sea has always been here. It’s seen everything.

‘Martha,’ I called.
Downstairs, the sink was full of dishes, cups and crumbs covered the counter and I thought to myself that this was a bit much even by her standards. Her dedication to the water rarely kept her from keeping a clean house. I piled the dirty crockery into the sink and brushed the crumbs onto the floor as Webb loped over. The window was open and the wind was up, the flowered curtains snapped like the lifeguard flags at the beach in summer threatening to push the shells off the windowsill.

From the window, I saw the neighbour, Henry. A real curtain twitcher. He waved but I didn’t. Martha would say I’d been rude but I did not want to get involved in a conversation with him. He had too many questions and I was not interested in answering any of them.

I saw the front gate was open and though I thought it was closed when I was outside moments earlier, I rushed outside to look for her which is when I realised I was in my slippers. The rain came down in earnest.
Who would go swimming on a day like this?

But there was no sign of her.
Henry shouted to me from his window and I replied, ‘Have you seen Martha?’

He replied but it got lost between the window and my ears, the rain pounding the ground and mist dampening the sound of his voice. These days, most things sound as though I am under water.
Good, Martha used to say. That’s how I ought to sound.
Henry stood in the doorway, his track jacket collar flipped up against the weather. ‘John,’ he said. ‘Are you alright?’

I worried about him: no wife, no children, a middle-aged man living by himself. He must have been lonely, that was why he was always poking his nose into our life and there was an eagerness to help that was off-putting and made it seem as though he had nothing else to do.

‘Fine,’ I said.
‘Martha?’ I shouted. ‘Darling?’ I called, opening the bathroom door. ‘My love?’ I said as I went upstairs.
There were no signs of her and as I sat on the edge of our bed I had the sense of having been here, like this, before. The moment was on the tip of my tongue, a hazy idea that I felt more than thought. Her dresses had been laid out across the white duvet, black with long sleeves, navy with a fuller skirt and green tweed. I could not picture her wearing any of them.

I heard knocking at the door and expected to see Martha standing on the front step, but when I looked it was Henry

The hinges on our front door creak in a distinctive way and have done since the day we bought the house. I would know the sound the door makes on opening anywhere.

‘John,’ he called from inside our house.

Henry’s footsteps on the stairs sounded confident as though he believed he had a right to do as he pleased and enter our house as though it were his own.

‘Do you make a habit of home invasion?’ I kept my back turned to him.

I turned my head in his direction and as I did I glanced at the wardrobe and that’s when I saw it: the worn leather case I always brought along for her attempts. Martha must have moved it during one of her cleaning sprees.

I picked it up and ran my hands over its’ worn leather that was creased and cracked from frequent exposure to salt water. It was the size of a briefcase and soft, with no hard edges and though the clasps had lost their shine and there were the beginnings of a hole in one of the corners it was perfect to me. Some things get better with age, their history eclipsing the shine of shop-bought virtue.

I opened it to make sure everything was in the right place: the jar of pebbles, one for each attempt, the maps and charts, the tide table, the tins of grease. A flask for chicken broth and a half a packet of stale biscuits. Had Henry not been hovering over my shoulder I would have opened the pebble jar. There is something tenacious about the smell of the sea, it seeps into everything it touches, including stone.

‘Webb,’ I called, getting up and pushing past Henry.

I heard Henry coming down the stairs and picked up my pace. Case in one hand, dog in the other, I threw the front door open and set out down the path.

I looked over my shoulder and met his gaze, giving him a moment to explain himself and nothing more and when he was silent, Webb and I carried on.

As we passed through the front gate, I felt his hand clamp down on my shoulder.

His questions were insufferable. Every day it was the same thing. Where are you going? What are you doing? Care to come over for supper? Do you need any help? Always snooping around too, in the cupboards, the refrigerator.

It was like talking to a three year-old. I had told him so many times that I’d lost count.

I was standing in the rain so I knew it was raining. He must have thought I was an idiot.

I pictured Martha in the sea: strong arms churning through the water, elbows raised high and glimpses of her face – masked by goggles – when she turned to breathe as she swam parallel to the shore. It was better when she swam across and not out because I could go with her then, in a way. I was her lighthouse, but rather than protecting her from harm I was what called her back to the land.
‘John, she passed away.’
He put his hand on my shoulder and opened the door. ‘Let’s go inside,’ he said.
‘Darling?’ I called.
‘John,’ he said. ‘She’s not here.’

I turned away from him and searched the ground floor rooms, turning on lights and calling her name frantically. Henry waited in the kitchen until I returned empty-handed.

‘She died,’ he said. ‘She was ill, she had cancer. You took care of her. She passed away here, John, with you. There was a small funeral where she used to swim. You scattered her ashes in sea.’

He met my gaze and a moment passed between us and in my mind’s eye I saw the three dresses on the bed and tasted the Marmite and cheese sandwiches and knew that it was true.

‘Are you hungry?’ Henry asked.

‘Have you eaten today?’

‘Where is Martha? What if something’s happened? What if she needs me?’ I went to the door and pressed my face up to the glass.

He reached out for my arm and tried to guide me back to the table.

‘Where is Martha?’ I shouted at him as loud as I could.

He closed his eyes. ‘Martha passed away, John.’

I floundered backwards into the chair. He opened the cupboard and took down a tin of beans. ‘I’ll heat this up.’

As he washed a saucepan I looked around the kitchen. How could she have passed? She’d been in the bath this morning. The door had slammed shut. The seashells were on the windowsill. The Marigold gloves hung over the side of the sink.

The running tap was the only sound in the house until he turned it off and then there were only the faded, distant voices unfurling in my head. He opened the tin, emptied its contents into the pan and put it on the stove.

I made no reply and as he turned around I saw that his eyes were watering.

Henry put the beans on two plates and brought them to the table, handing me a fork. ‘You need to eat.’

‘I’ll wait for my wife, she won’t be much longer.’

If she came home and he was still here there would be no getting rid of him. Henry was a man who would do anything to keep from going back to his empty house.

I felt his eyes boring a hole in the back of my head as I stared out the window and I could not understand why he thought I was the one in need of help when it was Martha who was missing.

Finally he went to the door. ‘Will you be alright?’

‘Of course.’ I worried about him alone in that house.

‘Remember to lock the door,’ he said.

I felt badly for him with no family, going home to an empty house but there was nothing I could do about it. I left the kitchen light on for Martha and went upstairs.

I took one last look out the window but our street was empty so I got into bed and pulled the duvet up to my chin. I rolled over and put my hand in the empty space where Martha should have been and when I closed my eyes I caught the faintest bit of her smell, that distinct combination of soap, fresh laundry and the sea. I inhaled deeply and it was almost as if she was there.