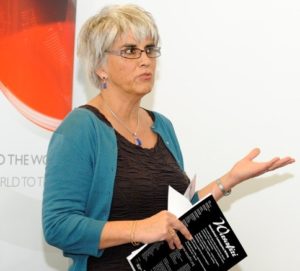 Susheila Nasta founded Wasafiri in 1984. An academic, critic, literary activist, presenter, and judge of several literary prizes, she has published widely on Caribbean, South Asian, and Black British literatures. Her books include, Home Truths (2002), Writing Across Worlds (2004), India in Britain (2012), and Asian Britain: A Photographic History (2013). Now Professor of Modern and Contemporary Literature at Queen Mary University London, and Professor Emerita at the Open University, she has recently completed co-editing the Cambridge History of Black and Asian British Writing (2019) and has begun work on The Bloomsbury Indians.

Known for pioneering Wasafiri’s distinctive role as beacon for literary diversity, she also pioneered curriculum change within academic institutions and led a number of publically funded research projects; most recently leading the curation of an outdoor photographic exhibition featuring the long history of India/South Asia in Britain.

Passionately committed to public engagement, she received an MBE for her services to black and Asian literature in 2011.

We use cookies on our website to give you the most relevant experience by remembering your preferences and repeat visits. By clicking “Accept All”, you consent to the use of ALL the cookies. However, you may visit "Cookie Settings" to provide a controlled consent.
Cookie SettingsAccept All
Manage consent