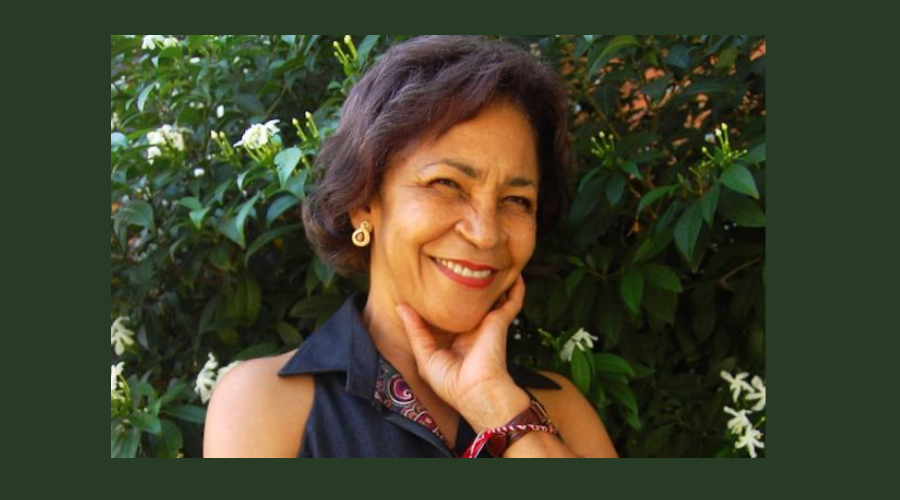 Journalist, critic, and founder of the Bocas Lit Fest, Marina Salandy-Brown has contributed immensely to Caribbean literature and culture, as well as playing a key role in introducing and promoting that literary culture across the world. This year, we’re excited to have her chairing the prestigious 2022 Queen Mary Wasafiri New Writing Prize, working with a brilliant panel of judges including Mary Jean Chan, Preti Taneja, and Francesca Wade.

Our Prize intern, Ioana Radulescu, spoke to Salandy-Brown to find out more about why literary prizes still have relevance in today’s world, plus helpful tips on what she’s looking for in this year’s prize entries.

Ioana Radulescu for Wasafiri: In your view, what relevance do new writing prizes have for literature in today’s world?

Marina Salandy-Brown: The world is changing rapidly, and we must respond to contemporary realities. Prizes are an excellent way of knowing how we are going about doing that and who are the people concerning themselves with it.

I am reminded of what Naipaul said about the novel being a nineteenth-century relic, unable to capture the complexities of the modern world, and how wrong he was. Stories are stories, whether in verse, life writing, or fiction, and as the world changes, so do the stories. With new voices from once marginalised places telling these evolving tales, tradition is constantly being remade. New writing will always be vital for that reason alone.

How would you describe the Queen Mary Wasafiri New Writing Prize as distinct, in mission and aesthetic sensibility, from other new writing prizes?

This prize is possibly unique in that it has no limits on nationality. It also seeks to develop life writing as a genre, which is uncommon and on point. Together, those entry criteria create space for many more new writers to emerge. We know, amazingly, that there are still many untold stories and new ways of seeing the world, and this prize allows us to find them.

As well as founding the Bocas Lit Fest, promoting art and literature throughout the Caribbean, you have also yourself founded two prizes for emerging writers. How do prizes like these support marginalised writers, and what more could be done?

The work of the Bocas Lit Fest has always focused on creating opportunities for unsupported Caribbean writers. These sorts of prizes winkle out putative talent, offering encouragement and a real opportunity for development, promotion, and a chance of being published.

Access is the sticking point. I am an advocate for more translations and cross-cultural exchanges. I believe poetry, short fiction, and essays of the sort Wasafiri publishes have the potential for that. Only a tiny portion of writing of any sort, globally, is translated, so we are cut off from large parts of the world. Wasafiri enhances the value of the prize by publishing the winning pieces; translations would add more value still.

For you, what makes a prize submission stand out? What will you be looking for, in terms of both formal quality and personal touch?

While we must be attentive to conventions, we must not be slaves to them, nor resort to gimmicks. Originality and authenticity are key in making a work stand out.

I have learned that working with others is the key to success, so I look forward to the other judges’ responses to the stunning new writing I am sure will be on offer. In my experience, cream rises to the top, so we will be led by that happy fact.

To finish with a piece of advice, what is one thing you wish you’d known when you were starting out in your career?

At the start of my working life, it took me a little while to come to know that being good was not enough. Luck, opportunity, and the people one meets are critical, but they cannot be planned for. So, winning a prize is wonderful, but it does not define us. Not winning is a circumstance; the point is making the effort and always doing one’s best. That effort seems to attract good luck.

Ioana Radulescu is Wasafiri‘s Prize intern, and co-founder of Wonderer Journal. She is currently a student at Queen Mary University of London, and will be reading for an MPhil in English Studies at Cambridge University in autumn 2022.

The Queen Mary Wasafiri New Writing Prize supports writers who have not yet published a book-length work, with no limits on age, gender, nationality, or background.  The winners of each category will receive a £1,000 cash prize and publication, and will be published in Wasafiri’s print magazine.  Shortlisted writers will have their work published on Wasafiri’s website.